Algeria. A bloody hostage frame was played in January at the Tigantourine natural gas plant near the border with Libya. Thirty heavy-armed members of a breakaway faction from Islamic Jihadist al-Qaeda in the Islamic Maghreb (AQIM) stormed the facility on January 16 and besieged it.

Almost 800 employees were taken hostage, among them 134 foreigners from 26 countries. The jihadists demanded that the French offensive against Islamist separatists in Mali be stopped. Algerian special forces were deployed and after two days of confused fighting, the special forces had control of the plant. By then, at least 79 of the employees had been killed, most of them Algerians but also ten Japanese, six British and five Norwegians. 39 jihadists were also killed and three arrested. The tigantourine plant, which produces 10% of Algeria’s natural gas, is operated by a joint venture with the state-owned Algerian oil company Sonatrach, together with British BP and Norwegian Statoil.

According to Countryaah, the country’s president since 1999, Abdelaziz Bouteflika, spent three months between April and July in hospitals in France, reportedly for care after a stroke. 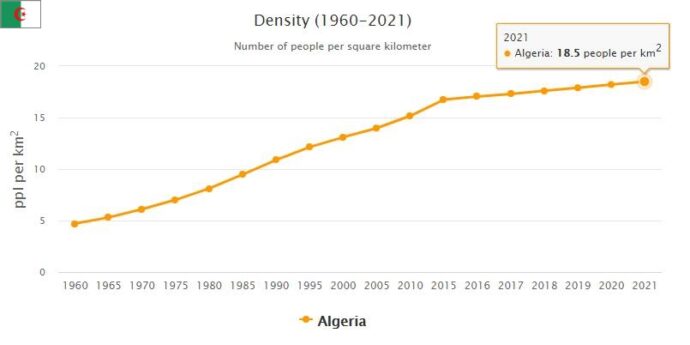 Several groups of organized unemployed youth demonstrated in March in a number of places in southern Algeria and Algeria with demands for more jobs for young people. The government responded by promising certain measures.

An Algerian doctor was sentenced in May to 12 years in prison for having taken children away and selling them as adoptive children to France. Seven other people were also sentenced to prison for interference, six of them in their absence.

Three brothers in the business family Kouninef, known for having had close contacts with former president Bouteflika, are sentenced to long prison terms (see April 22, 2019). They are sentenced to 16, 15 and 12 years in prison after having previously been convicted of corruption and money laundering. During Bouteflika’s time, their engineering and construction companies won contracts for publicly funded work.

The UN organization Unesco classifies couscous as a cultural world heritage site following a joint application from Algeria, Morocco, Mauritania and Tunisia. Couscous consists of crushed groats, usually of wheat, which is steamed and served with a main course and a large variety of seasoning options. Couscous dishes are considered to be of Berber origin and are common throughout North Africa.

The rules for electronic media are tightened by decree. In future, online media must apply for a license and operate with Algeria as a base. Two new authorities are set up to monitor them: one for media companies and one for audiovisual services, such as video broadcasting. As President Tebboune is being cared for abroad for covid-19 (see 3 November), the decree will be signed by Prime Minister Abdelaziz Djerad. The rule changes will be implemented in 2021.

Karim Tabbou, one of the most famous leaders of the protest movement Hirak, is sentenced to one year probation and a fine. The criminal classification is that he has “undermined national security”. In a separate case, Tabbou was sentenced in April, after an appeal, to one year in prison. He has served that sentence over time in custody (see 2 July 2020).