Belarus. According to Countryaah, Belarus’s relationship with the Russian Federation was complicated during the year. In the military area, cooperation was strengthened, but in the business world there was severe conflict. 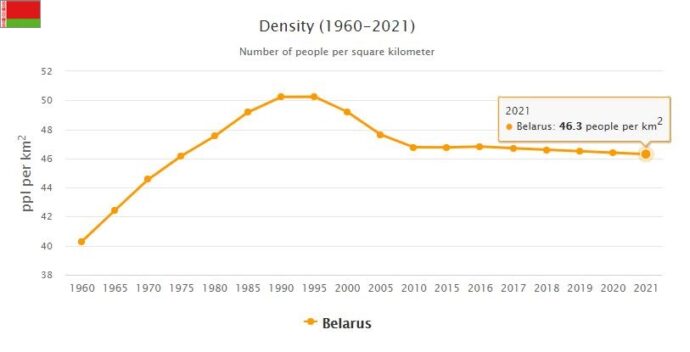 At the beginning of the year, both countries agreed to deploy anti-robot weapons in Belarus in 2014. In addition, a Russian air base will be built in the country, and it is planned to be completed in 2015. The Russian Federation and Belarus also carried out extensive military maneuvers together during the year.

In the business world, there was a battle over the Belarusian state company Belaruskali’s cooperation with Russian Uralkali. The companies together controlled 40% of the world exports of potassium carbonate (pot ash), but after several years of contradictions, Uralkali withdrew from the collaboration in July. The Minsk regime in August allowed Belarusian police to arrest Uralkali’s CEO Vladislav Baumgertner, who was visiting Minsk. Baumgertner was charged with abuse of power and his colleagues in Uralkali for corruption that damaged the Belarusian economy.

Belaruskali withdrew more hard currency from outside than any other company and was one of the largest taxpayers in the country. When Russian-Belarusian cartel cooperation fell, the price of pot ash fell sharply, and Belaruskali was forced to close production in four of its mines.

The Russian Federation fought back against the arrest of Baumgertner. In addition to diplomatic protests, the Kremlin decided to stop imports of pigs and pork from Belarus and cut down on oil imports.

Belarus stepped up the fight by issuing an arrest warrant for Uralkali’s main owner, the influential Russian oligarch and billionaire Sulejman Kerimov, with ties to President Vladimir Putin.

The repression of the political opposition in Belarus continued throughout the year, and citizens’ opportunities for information on the outside were limited. In May, a special permit was introduced for satellite receivers at apartment buildings to restrict access to the regime-critical channels that usually broadcast on foreign frequencies.

In July, former presidential candidate Andrej Sannikau was sentenced to prison for a year and a half. Andrej Hajdukou was charged with attempting to contact an unnamed foreign intelligence service.

Several people were punished when they documented abuses in society. Among them was a worker in Minsk who was arrested for his video films in a workplace and in a residential area. A doctor in Vitsebsk, who gave public criticism of the deficiencies in the care of the city’s psychiatric clinic, was sentenced to forced care at the institution where he worked.

In August, the Council of Europe announced that imprisoned Belarusian human rights activist Aljaksandr (“Ales”) Bjaljatski was awarded the Council’s newly established Václav Havel Prize for Human Rights. The sum of € 60,000 was handed over to the award winner’s wife, as he himself was jailed since 2011, sentenced to four and a half years, formally for tax evasion.

In February, a border guard was sentenced to two years in prison for failing to report the border violation in 2012 when a Swedish advertising agency let a small private plane fly into Belarus and drop hundreds of teddy bears with messages on human rights.

The Nallebjörn campaign had led to a prolonged diplomatic conflict between Belarus and Sweden, but at the beginning of the year Belarus declared that it wanted to improve relations with Sweden. In May, Sweden was allowed to re-place a chief diplomat at the Swedish embassy in Minsk, a chargé d’affaires. After Belarusian prosecutors handed the case with the tallying action to the Swedish judicial system, the Swedish prosecutor said in November that the investigation would be closed in the absence of evidence.