Bulgaria. A referendum forced by the opposition was held in January to resume the stopped construction of a Belene nuclear power plant. However, the turnout was only about 20%, far from the 60% required for the result to be valid.

According to Countryaah, high electricity prices triggered street protests in February. Prime Minister Boiko Borisov dismissed the Minister of Finance and promised price cuts, but the demonstrations continued, now against austerity and difficult living conditions. When violence broke out after two weeks, the government stepped down unexpectedly. A transitional government was set up and parliamentary elections were announced in May, a few months earlier than otherwise planned. 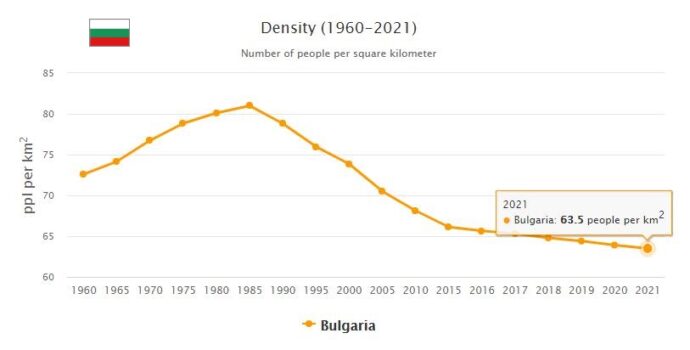 The image of widespread discouragement in the country was reinforced by a suicide wave through self-incineration. When five people died and two were seriously injured, President Rosen Plevneliev in April called for three days of prayer, in which several religious communities participated.

In the May elections, Borisov’s right-wing party GERB (Citizens for a European Development in Bulgaria) was again the largest with just over 30% of the vote. The Alliance in which the Socialist Party (BSP) was included received just under 27%. Two other parties took a seat in Parliament: the Bulgarian Turks Party DPS (Movement for Rights and Freedom) and the Extremist Right Party Attack. Accusations of electoral fraud hail when 350,000 fake ballots were found the day before the election of a printer owned by a GERB politician. See clothingexpress.org for visa to Bulgaria.

GERB did not have its own majority and was not supported by any other party. Instead, the Socialist Party, with the support of the DPS, formed a government that had exactly half of the seats in Parliament. The government consisted mainly of independent experts, with the task of solving the country’s difficult financial problems. The Prime Minister became former Finance Minister Plamen Oresjarski.

After only a few weeks, protests erupted against the new government following the appointment of a media mogul as head of the national security service. The appointment was withdrawn, but protests continued and were more generally directed against corruption and neglect. In August, Parliament was blocked and hundreds of people were trapped for a whole night before the police could escort them out of the building. Demonstrations continued during the fall, outside Parliament and at the University of Sofia.

The head of the country’s migration authority was dismissed in October due to unsuccessful handling of the large influx of refugees from Syria. The UN criticized Bulgaria for lack of refugee reception. The government decided to build a fence along parts of the border with Turkey to try to keep migrants away.