Cameroon. A French family of seven – three adults and four children – was kidnapped in February by the Islamist group Boko Haram near the border with Nigeria. In a video, a group of armed men, who claimed to be from Boko Haram, threatened to kill the family unless Nigeria and Cameroon released imprisoned Islamists. The family was released after two months. It was unclear if the kidnappers got through some requirements. Cameroon denied that they had any imprisoned Islamists in the country. French President François Hollande stated that no ransom had been paid to the kidnappers.

In April, the first election was made for the country’s newly established Senate (upper house), which has a total of 100 seats. According to Countryaah, the Cameroonian People’s Democratic Assembly (RDPC) government took home 56 of the 70 seats elected by election, and the largest opposition party, the Social Democratic Front (SDF), received 14 seats. The remaining 30 seats are added by the president. 80-year-old Paul Biya, who has been Cameroon’s president since 1982, thus gained control of the Senate. The decision to create an upper house was already made in 1996 when the country’s constitution was changed, but the introduction had been postponed. Under the Constitution, the President of the Senate is to assume power if the president dies during the term of office. 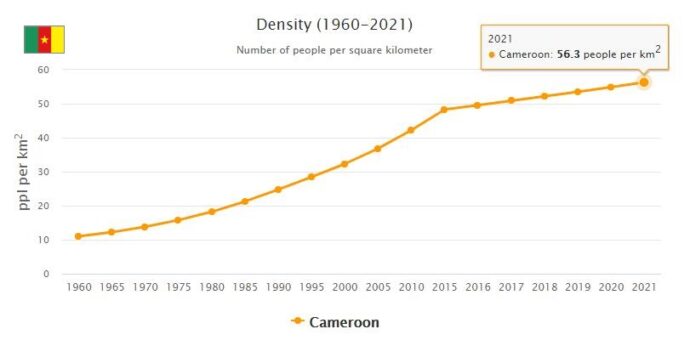 In August, Cameroon took control of the entire disputed Bakassi Peninsula, according to a ruling in the International Court of Justice (ICJ) in The Hague from 2002. Both neighboring Cameroon and Nigeria had long contested the area believed to be rich in oil. The ICJ had previously granted Cameroon the right to the area, and in 2006 Nigeria withdrew its soldiers from the northern part of the Bakassi Peninsula and handed it over to Cameroon. During a transitional period between 2008 and 2013, the UN monitored the southern part of the peninsula, before Cameroon could completely take over.

In early September, a few weeks before the parliamentary and local elections, the authorities closed seven newspapers, three radio stations and one TV station. The reason was that they did not respect journalistic professional ethics, but journalists said that these private media were silenced because they were critical of the government. According to the closing order, all but one of the radio stations would be allowed to resume their operations after the September 30 elections.

On September 30, parliamentary and local elections were held, both of which were postponed several times. The voters had 29 parties to choose from in the parliamentary elections and in the local elections 35 parties were represented. When the election result came after close to three weeks, it was clear that the ruling party RDPC won by far, albeit with slightly fewer seats than at the last election. The party took home 148 of Parliament’s 180 seats, while the opposition party gained 18 seats, which was a slight increase. RDPC also won big in the local elections.

In December, the army sent more troops to the territories along the 80-mile border with the Central African Republic to prevent rebel forces from entering Cameroon. Most of the soldiers belonged to an elite force.