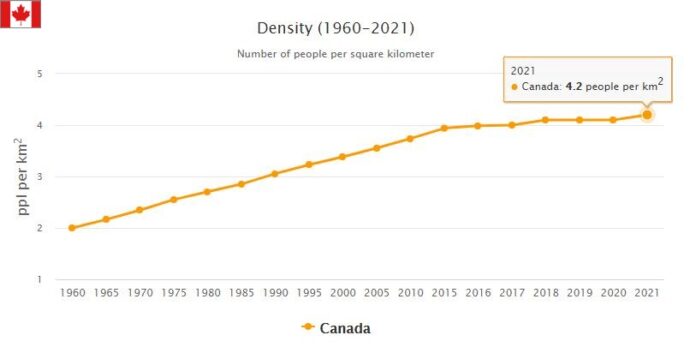 During the winter, Theresa Spence, chieftain of the Attawapiskat reserve in northern Ontario, hungered for six weeks to get the government to take Indigenous people seriously. It was also a protest against the fact that the government in 2012 had introduced legislative changes that facilitate mining companies to obtain permission to extract natural resources from the reserves. In February, the human rights organization Human Rights Watch (HRW) released a report accusing police in the northern part of the province of British Columbia of brutality and sexual abuse of women and girls. HRW urged Prime Minister Stephen Harper to address the shortcomings of the police to give women and girls the protection and assistance they are entitled to.

Jeffrey Paul Delisle, a former naval officer, was sentenced in February to 20 years in prison and fined for spying. He admitted he had e-mailed secret information to the Russian Federation between 2007 and 2012. Delisle was the first person convicted under Canada’s Information Security Act, one of the terrorist laws established after the terrorist attacks in the United States on September 11, 2001.

In April, Justin Trudeau was elected new leader of the Liberal Party (LP), who had been an interim leader since former regular party leader Michael Ignatieff resigned after the party’s major election loss in 2011. Justin Trudeau, who was elected with 80% of the vote, is the son of the former Prime Minister and LP leader Pierre Trudeau who passed away in 2000. According to analysts, the election of Trudeau increases the party’s opportunity to win the 2015 parliamentary elections. The Liberals had ruled Canada during much of the post-war period when they lost to the Conservative Party (CPC) in 2011. Since then, the LP only the third largest party in parliament after the CPC and the left party New Democratic Party (NDP). Trudeau said he wanted to attract young people to the LP and one party after the split that ensued after the election loss.

At least three people died in floods caused by heavy rains in the province of Alberta in western Canada in June. About 100,000 people were forced to evacuate their homes because of the floods, which were the worst to hit Alberta in modern times. In several municipalities, emergency permits were announced.

A serious train crash killed 47 people in the small town of Lac Megantic in the province of Quebec in southeastern Canada on July 6. It was a driverless freight train with 72 wagons loaded with crude oil which for unknown reasons derailed and exploded. The pressure wave after the explosion caused several buildings to collapse. Some wagons caught fire and it took a long time to put out the fire. A few weeks after the accident, the Ministry of Transport tightened the railway companies’ safety regulations. According to the new rules, there must always be two train drivers on trains loaded with dangerous goods, and trains must not be left unattended on main tracks. The accident destroyed a large part of the small town and forced about 2,000 people to flee their homes. The American company that owns the freight train first blamed the accident on firefighters who participated in the extinguishing work. A train driver was also charged.

Rob Ford, mayor of Canada’s largest city of Toronto, was in blustery weather in the fall after a video revealed he had smoked crack. Ford acknowledged it, as well as having alcohol problems, but refused to leave his post and instead opted for an addiction treatment. Ford was already controversial because of allegations of wife abuse and much more. In November, the Toronto Star newspaper released a video in which Ford says he will murder a person.

The mayor also acknowledged this and said he was very drunk at the time. When in mid-November, Ford was asked out in the city council, he admitted to buying drugs for several years. At the same time, it was revealed in police interviews that Ford’s colleagues testified that he had taken prostitutes to the City Hall and harassed female employees.

A few days later, Toronto’s city council voted to ban Ford from most of his powers as mayor. Ford refused to resign and said he would appeal the decision. Ford, who represents Ontario’s Progressive Conservative Party (PC), is popular with conservative voters in Toronto’s suburbs. In him, they see an ordinary man who is the people most and who is fighting for the rights of taxpayers. Ford’s willingness to keep the taxes down is a reason for the great support. When the video of him smoking crack had come out, even the support for him increased. Nearly half of Toronto’s voters, 44%, supported him.