Croatia. According to Countryaah, fireworks and festivities marked the historic occasion when Croatia became the EU’s 28th member state on July 1. Many celebrated, although others were skeptical about joining a union where many countries were affected by economic crisis. 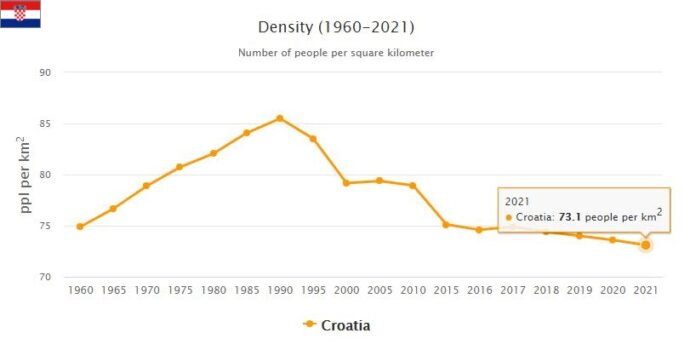 Soon a conflict arose with the EU as a result of a European arrest warrant for a former Yugoslav intelligence chief. Croatia, in its adaptation to EU rules, had adopted a law that allowed extradition of Croatian citizens, but only for crimes committed after 2002. The refusal to extradite Josip Perković, who was suspected of murdering a Croatian dissident in 1983, also disrupted relations with Germany as wanted to bring him to trial. In August, death threats against Prime Minister Zoran Milanović were reported due to the law.

A law on bilingualism in areas where minorities make up at least a third of the residents caused a fierce conflict in the border town of Vukovar. Croatian nationalists protested vigorously against official signs with text even in Serbian, written with the Cyrillic alphabet. Signs were repeatedly torn down and in connection with an annual memorial service in November, for falling during the civil war in the 1990s, nationalists drove the country’s president and prime minister. Subsequently, the city council adopted a letter stating that, because of siege and destruction during the war, Vukovar would not be subject to the laws of minority rights, and official use of the Cyrillic alphabet was banned. See watchtutorials.org for climate and weather in Croatia.

On the initiative of a Catholic group, Parliament decided to hold a referendum in December to ban same-sex marriage. Two-thirds voted in December for a ban to be included in the constitution.

According to official figures, 99% of the voters in Krajina were at that time supporters of an association with the Bosnian Serbs, but until the end of 1993 no real initiative had been taken to put the idea into practice.

This led to increased tension in Croatia. Tudjman, keen to avoid further divisions, offered the Serbian Croats in Krajina amnesty and limited self-government; these, in turn, allowed the reconstruction of the Maslenica bridge connecting the south to the north.

Subsequent discrepancies aroused the Serbs for renewed acts of war, where even the UN mediation attempt failed to guarantee the safety of the bridge.

Amnesty International stated that thousands of people, mainly Serbs, had been accused of armed rebellion or undermining the Croatian state; among these were persons whom Amnesty International considered to be prisoners of conscience who had been arrested solely because their ethnic origin. The organization also received information on arbitrary executions by members of the Croatian army.

The conflict in Croatia, which was less bloody than the war in Bosnia and Herzegovina, cost hundreds of thousands of victims among the civilian population.

In late 1993, Franjo Tudjman and the President of Bosnia-Herzegovina, Izetbegovic, signed a ceasefire agreement and shut down the prison camps.

In January 1994, Croatia and Serbia in Geneva agreed to re-establish road links and telecommunications between the two republics. Zagreb and Belgrade offices were also opened to serve as diplomatic missions, albeit at a lower level.

However, the Krajina enclave, still controlled by the Serbs, failed to solve the problem. The Croats were trying to get the Serbs recognition of the right to independence, which Slobodan Milosovic opposed.

In any case, UN and US negotiators, Thorvald Stoltenberg and Lord Owen, welcomed the new agreement that helped to reduce tensions between the two former Yugoslav republics.