Czech Republic. It was a politically dramatic year when the government fell and the outgoing president was threatened by trial.

According to Countryaah, the country’s disputed President Václav Klaus initiated a controversial decision when he pardoned about 7,000 prisoners at the New Year. The amnesty also halted a number of old cases of financial crime from the time when Klaus was prime minister in the 1990s. 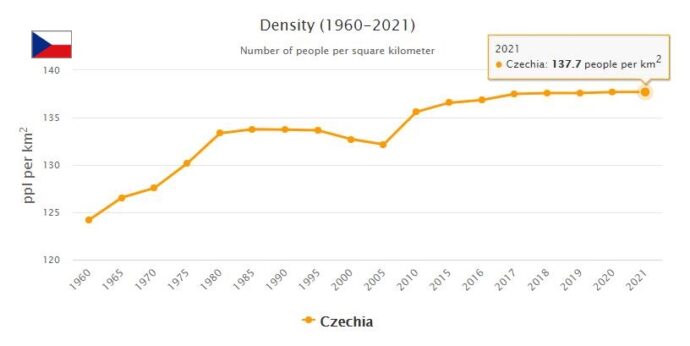 New elections for the presidential post were held in January, when former Socialist former Prime Minister Miloš Zeman and Foreign Minister Karel Schwarzenberg from Conservative TOP 09 were the leading candidates. Zeman and Schwarzenberg got about a quarter of the votes in the first round and went on to a decisive round, where Zeman won by about 55% of the votes against 45% for Schwarzenberg.

Before Zeman took office in March, the Senate voted in favor of a proposal that outgoing President Klaus be put on trial for treason. The Constitutional Court would review his decision on amnesty and his earlier attempts to delay the EU’s Lisbon Treaty. However, the Court stated that there was no legal basis for bringing Klaus to trial.

In June, the government was in deep crisis when police seized a row of Prime Minister Petr Neča’s employees suspected of corruption. One of the arrested was Jana Nagyová, who was not only Neča’s chief of staff but also his mistress. She is suspected of having ordered the intelligence service to monitor, among other things. Nečas wife. The head of the military intelligence service was also arrested and acknowledged the illegal surveillance.

Prime Minister Nečas denied knowledge of the scandal, but he lost the support of his coalition partners and was forced to resign. The Social Democratic opposition demanded new elections, but Parliament voted against a proposal to dissolve the House.

The new President Miloš Zeman commissioned his party friend, the Social Democrat and former Finance Minister Ji˘ri Rusnok to form a new government with trade ministers. It became a short-lived minister, who took office in August and was voted out of parliament in a vote of confidence in August.

When the government resigned, the lower house voted to dissolve itself, and President Zeman announced new elections for October. His social democrats had a head start in public opinion and led clearly in investigations, followed by the Bohemian and Moravian Communist Party, which drew voters affected by cuts in the wake of the financial crisis. At the same time, there was an intense debate in the electoral movement about the oppression of the communist era.

Another party that attracted support for its criticism of austerity and corruption was ANO, an abbreviation for Disgruntled Citizens’ Action. The party was led by a multimillionaire and entrepreneur.

The October election became a big victory for dissatisfied voters. Petr Neča’s anti-corruption Democratic National Party (ODS) shrank from 53 to 16 seats in the Chamber of Deputies. The Social Democrats became the largest with 50 seats, despite the party going back. The winner of the election was ANO, who stormed into Parliament with 47 seats. The Communists received 33 seats, followed by TOP 09 and ODS.

Government formation became difficult and prolonged. President Zeman wanted to give the government assignment to his party boyfriend Bohuslav Sobotka, but this was contested in his own party after the Social Democrats’ poor election results. Sobotka managed to ward off an attempt to dismiss him as party leader, but his authority was questioned.

During the year, a number of right-wing demonstrations against Roma took place. In August, hundreds of protesters arrested in a number of cities. With the help of tear gas, the police stopped a group that threw stones and tried to get into a Roman area in Ostrava. Similar violence with police intervention occurred in Prague in September, when neo-Nazis for hundreds took action against a Roman residential area.