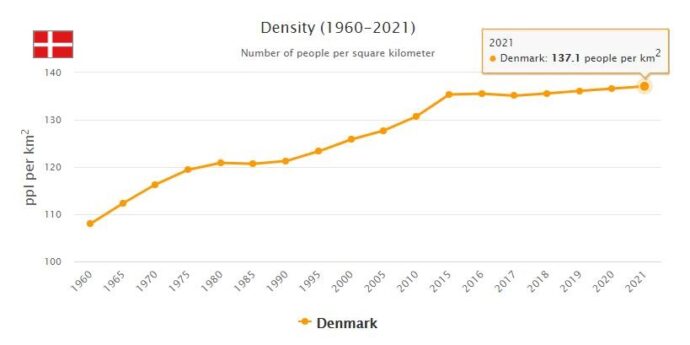 The economy also countered with falling housing prices and increased pressure on the banking sector. The second quarter looked brighter with some growth in the economy, but despite record low interest rates, improved housing market and increased consumption, the year seemed to end at near zero growth. Unemployment was around 7% during the year.

A trade union conflict over working hours in compulsory school excluded about 60,000 teachers from their work for four weeks during the spring. The fight was won by the employers, who wanted to abolish working time agreements and increase the principal’s influence over the teachers’ working hours. In the background were the government’s proposals for school reform, which meant that teachers had to hold more lessons than before. When, after the school conflict, S-ministers were to speak at the first May meetings, among others Prime Minister Thorning-Schmidt was hacked and evicted by audience members.

During the summer, media reported that many Danish preschools stopped serving pork, as a large number of children come from Muslim families and do not eat such meat. This led to an upset debate, where the Prime Minister explained that the children who want it must be allowed to eat both meatballs and pork. See clothesbliss.com for how to get to Denmark.

In August Thorning-Schmidt made a government reform, in which the disputed S-politician Henrik Sass Larsen was appointed Minister of Industry and Growth. Sass Larsen was envisaged as Minister of Finance at the formation of the Government in 2011, but he was then charged with contacts with a member of the suspected motorcycle club Bandidos.

In September, the Danish People’s Party received over 20% in an opinion poll and was thus larger than the Social Democrats, which shrank to 17.5%. The bourgeois Venstre clearly led as the largest party with 28.7%.

However, the figures for the left fell significantly during the autumn, when it was revealed that opposition leader Lars Løkke Rasmussen presented travel bills of millions with first-class air tickets on average SEK 50,000. Løkke Rasmussen had traveled as chairman of the environmental organization Global Green Growth Institute, which is financially supported from the Danish state budget. Previously, the bourgeois had hacked Prime Minister Helle Thorning-Schmidt as “Luxury-Helle” because of her extravagant clothing habits. Now Løkke Rasmussen got the name “Lyx-Løkke” and “Rejsekongen”, and in November Venstre ended up for the first time during his 2011 election results in a Gallup survey. At the same time, the Social Democrats had risen sharply.

Prior to the November local elections, there was broad political support in the capital to make hashish sales legal. Copenhagen’s mayor Frank Jensen (S) proposed a trial operation for three years with the sale of hashish to persons over the age of 18 who are covered by the Danish health insurance. Five of the eight parties in the Copenhagen local government supported the proposal, which was however rejected by the national government.

In August, when the United States threatened to intervene militarily in Syria because chemical weapons were used against civilians, Denmark declared itself ready to take part in such action, even though the UN Security Council did not sanction the attack. Thus, Thorning-Schmidt was left alone to offer support for a military attack against the Syrian regime when President Barack Obama met with the Nordic prime ministers in Stockholm in September. At the same time, she also explained to Obama that the US NSA’s interception of EU citizens and institutions was unacceptable.

In the municipal elections in November, the left-wing party Enhedslisten progressed strongly and became the second largest party in Copenhagen. The Social Democrats became the largest party nationally.

Massive redistribution from poor to rich

In the years 2008-10, the government carried out the largest redistribution of funds from poor to rich in Danish history. In 2008, it gave banks more than $ 100 billion. In 2010, the rich tax cuts totaled more than DKK 24 billion. kr.

Shortly after the massive allocation of social resources, the government launched its so-called “recovery plan”, the main content of which was the settlement of welfare. The welfare settlement plan should take 24 billion. DKK from the weakest and poorest in society:

In advance, the VKO government closed a large number of hospitals around the country, and generally cut back on the health sector. In 2010 alone, 2,000 health workers were fired. Likewise, the smaller schools in the outskirts were closed. The government thus accelerated depopulation in the outer areas where families with children would not live without access to schools and hospitals.

Again in 2010, in its annual report, Amnesty International criticized Denmark for its human rights violations, and the list of violations is growing year by year. Amnesty criticizes:

Amnesty has previously criticized the Danish terrorist legislation, which has largely jeopardized the legal security of the population.

The government confined itself to announcing that it “disagreed with Amnesty”.

Danish politicians from the Left, Conservative and Danish People’s Party in August shunned their Swedish sister party, the Nazi Sweden Democrats. The reason was that the private Swedish TV station TV4 had refused to bring the Nazi party’s election broadcast, which contravened Swedish legislation, which bans “hatred against peoples groups”. In the view of the Danish apartheid politicians there was a violation of freedom of speech. They understood freedom of speech as private media’s compulsion to bring Nazi propaganda. The same politicians also revealed a lack of knowledge of the rules regarding electoral broadcasts in Sweden, where only parties that already have a seat in the Reichstag are participating – unlike Denmark, where there are eligible parties participating.

In September, the European Court of Human Rights issued an order requiring all European countries to suspend the return of refugees to Greece because the asylum treatment in that country was completely collapsed and therefore the security of the refugees could not be guaranteed. The court order was followed in all European rule of law. However, not in Denmark, as the only EU country, the return of refugees to Greece continued. Since 2001, Denmark has ignored and violated most international conventions in the area of ​​refugees, children and human rights.

In his opening speech in October, Prime Minister Rasmussen called for a fight against the “ghettos” in Denmark, which he wanted to level with the earth due to their skewed ethnic composition and “crime”. It was immediately unclear whether the prime minister wanted to level Hørsholm and Gentofte with the land. Both areas are characterized by an extremely skewed ethnic composition and extensive economic crime. However, similar political initiatives by the Social Democracy and SF made it clear that there was a further escalation of the Danish state’s war on refugees and immigrants – and especially Muslims. Copenhagen Police Director Johan Reimann warned against using police as a spearhead in the state’s war on refugees and immigrants: «Police efforts do not solve this. This must be made perfectly clear. ” Reimann determined, that the police cannot solve social problems and at the same time stated that the politicians themselves created the problems: «If, for example, you call the Mjølnerparken a ghetto and a black spot – and this is by no means in my view – it happens that the resourceful residents will move. Who wants to live in a ghetto? This risks creating the problem that you are trying to combat ». The Chief of Police’s warnings against allowing the corps for a political purpose had a direct parallel to the then Chief of Police Eefsens’s 1982 warning against the police against BZ, which he primarily considered a social “problem”. Effen’s warnings were heeded, and instead bourgeois and social-democratic politicians started a 20-year war on Copenhagen youth.

WikiLeaks published at the end of October 2010 another 400,000 documents on US and other rogue states wars in the Middle East. The military documents revealed that the United States military and its associates have been involved in far more murders of prisoners of war and civilians than have been published so far. The documents also revealed Danish violations of the Geneva Conventions and the Torture Convention. The Danish military had so far stated that it had surrendered 25 prisoners of war to Iraqi security forces. The documents revealed that there were at least 94. Danish soldiers sought to legitimize their violations of the conventions that “Iraqis have a different culture”. Denmark, unlike the United States, has ratified the International Criminal Court, the ICC’s statutes and can be sued for its war crimes in Iraq and Afghanistan.