Estonia. At the New Year, Tallinn as the first capital of Europe introduced free public transport for the city’s own residents. According to the municipality, the drop in ticket revenue is offset by environmental and social benefits, with reduced car traffic and increased nightlife.

According to Countryaah, Prime Minister Andrus Ansip’s Liberal Reform Party was shaken during the year by a scandal involving voting fraud in an internal party. The party leadership identified the EU parliamentarian and former Foreign Minister Kristiina Ojuland as the culprit, and she was excluded from the party in May. Ojuland rejected all charges. 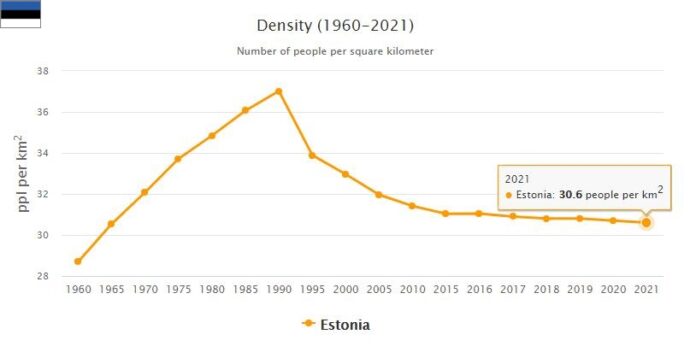 In August, another of several spy stories that hit Estonia in recent years was discovered. A former employee of the Estonian Security Police was arrested accused of spying for a long time on the Russian Federation. Prior to Estonia’s independence, he had served in the Soviet security service KGB in Tallinn. The man later admitted and sentenced during the year to 15 years in prison. See a2zcamerablog.com for Estonia travel guide.

The support for Prime Minister Ansip’s Reform Party fell in public opinion in the autumn local elections. In the October elections, the party went back, while the Social Democrats went ahead, especially in Russian-speaking Narva. In the capital Tallinn, the disputed mayor Edgar Savisaar retained power and his leftist Center Party defended his own majority. The center’s voters are mostly Russian-speaking, while only about one in ten Estonian voters vote for the party. In the capital, nearly half of the residents are Russian-speaking.

At the beginning of the year, the economic outlook for Estonia was fairly bright, but the third quarter showed the lowest growth since the financial crisis of 2008-10. The reason was reduced exports, mainly to the Russian Federation and Sweden. The full-year forecast was lowered to just over one percent of GDP growth.

In foreign policy, Estonia saw some improvement in relations with the Russian Federation. Prime Minister Ansip met his Russian colleague Dmitry Medvedev at the Baltic Sea Council’s summit in Saint Petersburg in April, and in October the countries’ foreign ministers met at the UN in New York. Then President Vladimir Putin gave his approval to a Russian signing of the dormant border agreement between the Russian Federation and Estonia.

When that happened, however, was unclear. The agreement was signed earlier, but the Russian Federation withdrew its signature. The border agreement is seen as a prerequisite for increased trade and regeneration of the fallen Russian transit traffic through Estonia. A foreign policy backlash was the criticism Prime Minister Ansip received when he stated during a visit to Ukraine that Estonia and the EU’s relations with Ukraine must not be invested in “a single card, a single lady”. Ansip referred to the EU’s demand that the imprisoned opposition leader Julija Tymoshenko be released. Among the critics was the chairman of Parliament’s Foreign Affairs Committee in Estonia who called the statement thoughtless.

But then Ansip got support from Tymoshenko herself, who urged the EU to sign association agreements with Ukraine despite not being released (Ukraine, however, said no to an agreement).

Minister of Culture Rein Lang resigned in December following a scandal in which he ended up in conflict with the cultural elite after appointing a controversial and provocative editor-in-chief for a tradition-heavy cultural magazine.