Fiji. In January, Prime Minister Frank Bainimarama and his military regime rejected the proposal for a new constitution that a Constitutional Commission had prepared for six months. The Commission, led by a renowned Kenyan lawyer and constitutional expert, had taken into account Bainimarama’s demand to guarantee impunity for all the militaries who participated in the many coups that existed in the country. But the proposed constitution limited the military’s power and demanded a transitional government pending elections, and this was probably among other things that Bainimarama could not accept. In December 2012, the police had seized printed copies of the constitutional proposal. But interested people could read some of it on the Internet. The government now began to revise the constitutional proposal itself.

In January, a decree was also issued that the country’s 16 political parties would re-register within 28 days. The requirements for registering a party were, among other things, that it had at least 5,000 members and that the party name is English. Government officials, defense officials and trade union officials were not allowed to be party members. The decree was criticized by party leaders and trade unions.

According to Countryaah, the government presented its proposal for a new constitution in March. The public was given two weeks to comment. According to the government, the time was scarce if one could hold elections by September 2014. Bainimarama announced that he would stand for election himself. 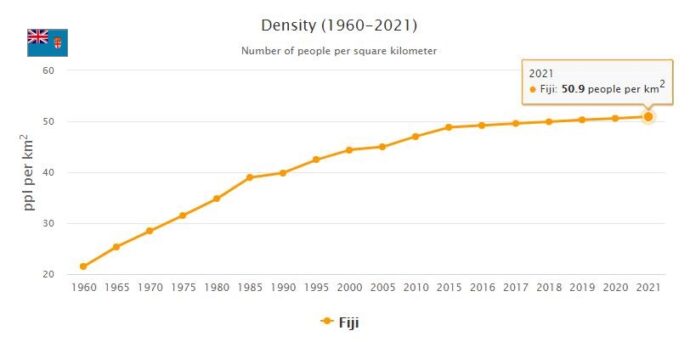 In May, four parties were approved to stand for election. In June, an appeals court in the capital Suva decided that former Prime Minister Laisenia Qarase, who was deposed in Bainimarama’s coup in 2006, could not lead the Social Democratic and Liberal party (Sodelpa) as he was sentenced in 2012 to one year in prison for corruption. However, he had been released in April 2013, after eight months in prison.

In September, the new constitution came into force after President Epeli Nailatikau approved it. The changes meant, among other things, the abolition of the upper house and the introduction of a single-chamber parliament with 50 members. The regional constituencies disappeared and all of Fiji became a single constituency. The human rights organization Amnesty International criticized the constitution for restricting freedom of speech and for giving the police the opportunity to detain people indefinitely without suspicion or trial. The organization was also critical of the military being granted amnesty for serious crimes, such as torture, in connection with previous coups.

In September, New Zealand eased its sanctions on Fiji, which had been in place since the 2006 Bainimamaras coup. Among other things, it reopened the exchange between athletes and eased the entry ban, so that it only concerns visits to prominent Fiji leaders. New Zealand also promised to provide Fiji with financial support to conduct the election, which is scheduled to be held before the end of September 2014. New Zealand, together with Australia, is historically Fiji’s most important ally. But Bainimarama had started seeking new allies and made state visits in 2013 in both China and the Russian Federation.