Greece. The year was characterized by continued economic and political pressure. The International Monetary Fund (IMF) admitted in May and June that it had underestimated the negative effects of the cuts – the reforms’ side of the cuts against redundancies and lower public sector wages meant that the burden was unevenly distributed. But the so-called troika – the IMF, the European Commission and the European Central Bank (ECB) – still pushed for further cuts.

According to Countryaah, Greece had promised that the public sector would lose weight with 150,000 employees, and in July, 4,500 people were laid off, most teachers, and 25,000 others were placed in a pool of reduced pay pending relocation or termination. Parliament also decided on tax increases on annual incomes over EUR 20,000, on increased corporate taxes and on reduced tax deductions for families with children. The cuts hit hard. Employees in e.g. public transport and the school went on a number of occasions in well-known major strikes. Pupils besieged many high schools to show solidarity with the teachers’ corps. Private business was also hit hard by the decline in demand. In December, a trade union research establishment estimated that about one million private employees worked without pay. 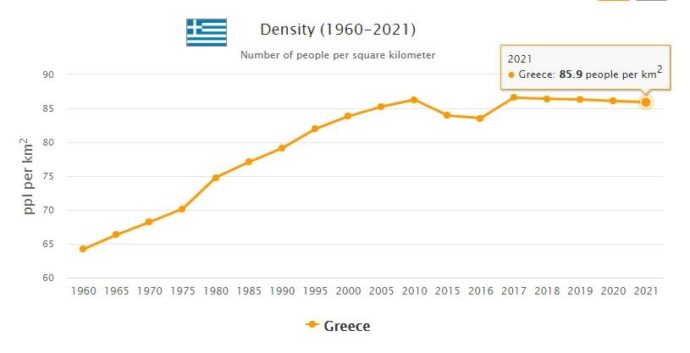 Political violence escalated. Behind many of the deaths lay people with connections to the extreme right party Golden Dawn, which took place in parliament in 2012. Most of the victims were immigrants, but the biggest attention was the murder of the Greek hip hop artist Pavlos Fyssa’s September 18. A 45-year-old supporter of Golden Dawn was arrested and admitted to the murder. The murder investigation discovered links to the party leadership and led to 22 Golden Dawn members, among them six MPs, being arrested on suspicion of, among other things. murders, assaults, illegal weapons possession and money laundering. Support for the party fell and its financial contribution was withdrawn. The investigation also focused on the widespread xenophobia within the police. Several police chiefs were dismissed on suspicion of failing to investigate crimes committed by Golden Dawn supporters and several police officers were arrested on suspicion of, among other things. illegal possession of weapons. On November 1, two guards were shot to death outside one of the party’s offices in Athens.

Immigrants were in bad shape in the crowded situation. The monitoring of the river Evros, at the border with Turkey, was strengthened so that it became impassable for migrants. Syria continued to come in boats from Turkey. The reception was almost non-existent and getting asylum was difficult as only a few police stations across the country received applications. To then have the application granted was on the verge of impossible – among Syrian war refugees, only 1% was granted asylum. A new reception system was planned. At the same time, many Greeks emigrated. A study showed that 120,000 highly educated had left Greece since 2010.

Without warning, the government closed down the state radio and television company ERT on June 11 and dismissed its 2,700 employees. The background was said to be that the business was in bad shape. The journalists at ERT continued to broadcast over the Internet. In protest of the closure, the small party left the Democratic Left, with two ministers and 14 MPs, the government coalition. A new public service company, NERIT (New Greek Radio, Internet, TV), was started, but its broadcasts were still limited during the autumn.

The Troika’s requirements also included a stronger grip on corruption and tax evasion. Former Thessaloniki mayor Vasilis Papageorgopoulos and two of his co-workers were sentenced in February to life imprisonment for embezzlement. Former Defense Minister Akis Tzokhatzopoulos was sentenced in March to eight years in prison for embezzlement and tax evasion, and in October he was also sentenced for money laundering.

The government’s plans to sell state property were difficult to implement because speculators were few. In May, Prime Minister Antonis Samaras traveled to China to try to attract investors from there.

In October, a great attention was drawn to the four-year-old blonde girl who police found with a Roman couple in central Greece. A DNA test showed that the couple were not her biological parents. The couple claimed they adopted the girl, called Maria, on informal roads, but police suspected trafficking. When the girl’s biological parents made themselves known in Bulgaria, it turned out that the story of everything to judge was true. The event sparked debate about racism against Roma.