The first Icelandic literature in verse and prose develops during the Middle Ages. The poetic production includes the anonymous songs of the Edda (➔ # 10132;), mostly heroic-legendary, and the scaldic songs (➔ scaldo), composed by poets and court chroniclers, the scalds, in honor of kings or leaders. The first Icelandic poem is characterized by the meter (dróttkvaett) complex and rigorously based on quantity, and the artificial language which is expressed above all in obscure metaphors (kenningar). Starting from the 11th century. a Christian poetry flourished, which continued to use the forms of scaldic poetry. In the 14th century. the new poetic genre of the rímur developed, epic compositions that will maintain their popularity until the early twentieth century. The prose finds expression in the sagas, which tell the lives of kings and famous people and the stories of entire families. With the exception of the Egilssaga attributed to Snorri Sturluson (➔ # 10132;), these are anonymous works handed down orally until the 12th century. and only subsequently transcribed. Among the approximately 40 sagas preserved, they must remember the Njáls saga, the Laxdœla, the Vatnsdœla and Grettis Saga. Other genres in prose were the lives of bishops and knights and the annals. A scientific literature also flourishes (e.g., the Edda of the aforementioned Snorri Sturluson or an anonymous treatise from about 1100 that deals with issues of grammar) and historiography. The decline of this happy phase began in the 14th century. ● Dark centuries followed, also due to the state of political subjection and geographic isolation. Only in the 18th century. some figures emerge such as the scientist and poet E. Ólafsson, and J. Thorláksson, poet and translator of F. Klopstock, J. Milton, A. Pope. With the end of the Napoleonic wars, the resumption of contacts with Denmark brought the Iceland to Europe and also favored a renewal in the literary field. The Fjölnir magazine, founded in Copenhagen (1835) by some Icelandic students (among others, the poets B. Thórarensen, and J. Hallgrimsson), spread the nationalistic and patriotic ideas related to Romanticism. The narrative tradition, entrusted for centuries to oral stories, was taken up by the romantic J. Thoroddsen with the peasant novels Piltur og stúlka (” Boy and girl”, 1850) and Madhur og kona (“Husband and wife”, 1876). Deeply rooted in the indigenous national tradition remained both the ‘peasant poets’, such as H. Jónsson, excellent in rímur, and P. Ólafsson, as well as cosmopolitan lyricists such as G. Thomsen, B. Gróndal, M. Jochumsson and, in particular, S Thorsteinsson.

At the end of the 19th century. realism was established, introduced, not without controversy, by the review Verdhandi (“Tempo Present”, 1882) published in Copenhagen by a group of young followers of GM Brandes. Among these, G. Pálsson, founder of the review Sudhri (“Il mezzogiorno”, 1883-86) and author of polemical stories in which he denounces the hypocrisy of the ruling classes, EH Kvaran, narrator, playwright and poet, and, outside of academic fields, T. Giallardi. In the field of fiction, G. Gunnarsson’s novels, written in Danish and translated into Icelandic only many years later, acquired international fame. In Danish is also the literary production of G. Kamban, playwright and novelist. Linked to traditional values ​​was J. Trausti, who marked the transition from realism to neo-romanticism. ● After the First World War, the first attempts at formal and content innovation took place in the field of opera. The followers of the new idealistic, nationalistic and neo-romantic currents opposed the conservative rigidity of E. Benediktsson and the Canado-Icelandic SG Stephansson: S. Sigurdhsson frá Hvítadal, D. Stefánsson, poet, narrator and playwright, T. Gudhmundsson, J. Helgason. To the literary left belonged Thoroddsen, J. úr Kötlum, G. Bödhvarsson, who abandoned the neo-romanticism for songs of political struggle, and HK Laxness, among the first to adopt the free verse (Kvaedhakver “Notebook of poetry”, 1930). Political commitment and formal innovation also characterized S. Steinarr’s surrealist lyric. ● After the Second World War and the British and American occupation, the left-wing magazine Birtingur («Rinascita», 1955), a reference point for the new poetic avant-gardes, had a renewing function. Among the so-called atomic poets (from the novel by Laxness Atómstödhin “The atomic station”, 1948), S. Hördur Grimsson, H. Sigfússon and S. Dadhason stood out. Far from the apocalyptic tones of these poets comes the ‘open poetry’, almost discursive, aimed at evoking the simplicity of life and the beauty of Iceland before the war; they are represented by J. ür Vör with lyrics (Thorpidh «The village», 1946; Vetramávar “Winter Gulls”, 1966) and prose poems; E. Bragi, animator of Birtingur ; J. Óskar, musician and translator of French symbolists; M. Johannessen, journalist and playwright; J. Hjálmarsson; the poet NB Arnádóttir. ● Tradition, love for nature and Icelandic culture and at the same time avant-garde experiences are present in the poets who made their debut in the 1950s: S. Hjartarson, who uses his pictorial experience to evoke the landscape with nostalgia and symbolic value of his land, Ó.J. Sigurdhsson, H. Pétursson, T. frá Hamris. Great influence in the development of modern prose had T. Thórdharson, among the first in the 1920s to open the way to socialism and new formal experiences, and even more Laxness, Nobel prize for literature in 1955, which with its intense activity and its vast narrative production exclusively in Icelandic has dominated the cultural life of Iceland for decades. We can still remember the novels and the realistic tendency stories of the aforementioned Sigurdhsson, of the writer J. Sigurdhardóttir, of E. Mar and of IG Thorsteinsson, centered on war, occupation, exodus from the countryside and the degradation of upset city life from political and generational contrasts. Alongside a modernist current, already active in the mid-1950s, a neorealism engaged in political and social struggles and the search for new expressive models and techniques borrowed from other cultures, in particular from the Spanish-American one, emerged in the narrative of the following decades.. In addition to T. Vilhjálmsson, Grámosinn glóir (“The lichen blazes”, 1986) to the traditions of his land, are to remember P. Gunnarsson, narrator, playwright and essayist; E. Már Gudhmundsson, E. Kárason with Gulleyjan (“The Golden Island”, 1986), on the difficult life at Camp Thule. Writers such as S. Jacobsdóttir, A. Gunnlaugsdóttir, S. Sigurdhardóttir have made a notable contribution to fiction, also appreciated for her lyrics, with Timathjófurinn («Il perditempo », 1987), works largely focused on the female condition in Iceland after the war. 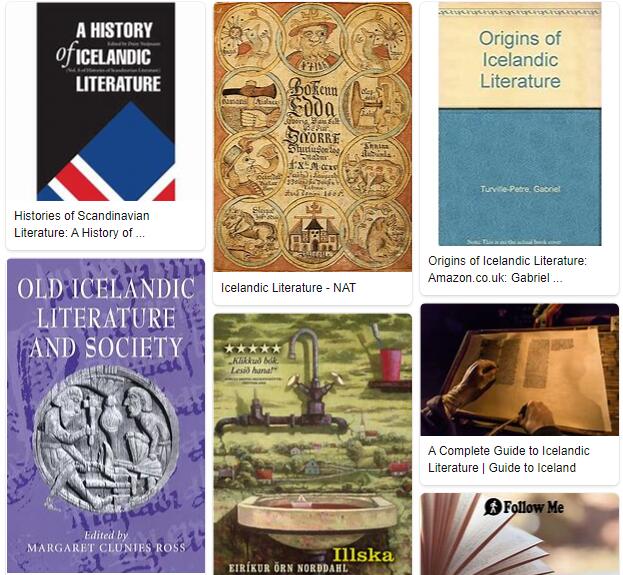