Iran. Political developments in Iran turned to more open rhetoric and practice, and the conflict over the country’s nuclear program seemed to be able to move towards a solution. The turning point was the June 14 presidential election, when former diplomat Hassan Rohani surprisingly won already in the first round. According to the constitution, incumbent President Mahmoud Ahmadinejad could not run for a third term. 676 candidates had applied to take part in the election, but the powerful Guardian Council disqualified the vast majority, among them 30 women. In the end, there were six candidates who were all considered relatively conservative. After the 2009 election, when demonstrations in protest against Ahmadinejad’s victory were bloodily beaten, the hope was low that the election would lead to an opening. But by all accounts, many regime critics voted for Rohani – he got 50. See rrrjewelry.com for Iran politics history and economy. 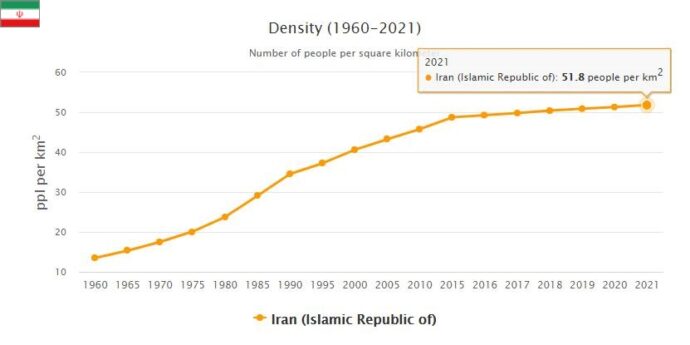 According to Countryaah, Rohani had gone to elections with promises to improve the country’s crisis economy, and as soon as he took office on August 3, he signaled to the outside world that the deadlock surrounding the nuclear technology program must be broken and sanctions against the country lifted. The international reactions were cautiously positive and the value of the currency rose.

Rohani forged while the iron was hot. In 2003-05 he was himself responsible for the negotiations on the nuclear technology business and now he appointed a former UN ambassador, the English-speaking Mohammad Javad Zarif, to the Foreign Minister. They were both given by the country’s spiritual leader, Sayyed Ali Khamenei, the go-ahead to conduct the negotiations. According to analysts, the difficult economic situation almost forced Khamenei to let Rohani try his wings. Rohani reiterated that Iran had no plans to build nuclear weapons and made it clear that he wanted quick negotiation results, which were interpreted as having given him a limited time to reach an agreement.

Rohani opened for direct contact with US President Barack Obama, first by letter and then, while Rohani visited the UN headquarters in New York on September 27, through a 15-minute telephone call. It was the first conversation between the two countries’ leaders since the 1979 Iranian revolution.

Iran demanded enriched uranium for nuclear power and the production of cancer drugs, while members of the so-called P5 + 1 group (the five permanent members of the UN Security Council plus Germany) demanded that Iran stop all uranium enrichment and export the uranium already enriched. Several times before the presidential election, Iran had defiantly announced that nuclear technology was advancing, but after the election, intensive and partly informal negotiations between Iran and the P5 + 1 countries began. Zarif and the foreign ministers from the P5 + 1 countries met on several occasions in Geneva during the fall. The conversations were reported to be “intense, detailed and straightforward” and they were conducted in English, with no interpreters. On November 24, the parties agreed on an agreement that was designated as historic. Iran pledged to stop all enrichment of uranium above 5 percent, to neutralize uranium enriched to higher levels, not to build new uranium centrifuges and to open their nuclear engineering facilities for inspections. In exchange, the sanctions were eased and the P5 + 1 countries promised not to impose new sanctions in the next six months. The agreement was welcomed by leaders from all over the world, with the exception of Israeli Prime Minister Benjamin Netanyahu, who called it “a historic mistake.”

The easing of sanctions was expected to give the Iranian economy an additional $ 7 billion, and immediately after the agreement, the value of the rial rose further. Falling real wages had made it difficult for many Iranians to obtain food on the table. One explanation was the sanctions, which included caused oil exports to plummet to a third of the 2011 level, but the economy had also been at the bottom of the previous government’s economic policies. Abolished subsidies on fuel and foodstuffs had pushed prices up. When people could not afford to trade, companies were forced to strike again, whereupon unemployment rose. Inflation was officially 32% but in reality significantly higher.

Iran continued to practice the death penalty. At least 508 people were executed from New Year to October 17, the human rights organization Amnesty International reported. According to the regime, a person who had miraculously survived a hang would be executed as soon as he recovered. Amnesty appealed for his life.