Ireland. On 1 January, Ireland took over the EU Presidency for six months. A clear success for the Prime Minister, Fine Gael leader Enda Kenny, was when the member states agreed at the end of June on a new long-term budget for the EU for the period 2014-20. See handbagpicks.com for Ireland tour plan.

When it came to the Irish economy, it initially looked darker as GDP growth fell by a total of 0.8% during the first half of the year. Thereafter, a slow recovery began. During the spring, eurozone finance ministers had agreed to a longer repayment period on the loans Ireland received from the EU. At the same time, increasing criticism was directed at the country’s low corporate tax rate (12.5%) and how large multinational companies – including large companies such as Google, Apple and several pharmaceutical companies – used loopholes in Irish law to avoid paying taxes in other countries, despite high profits. countries.

In June, the Irish Independent newspaper revealed that the management of the crisis bank Anglo Irish Bank in 2008 deliberately put the then Fianna Fáil-led government behind the light when it came to how large sums were needed to save the bank. It quickly became apparent that the € 7 billion that the government entered into was insufficient (the bill for Irish taxpayers eventually ended up at € 30 billion). Prime Minister Kenny decided to set up an investigation to investigate what had happened. From 2010, Ireland was forced to take large emergency loans totaling over € 67 billion, and the so-called troika, the European Commission, the European Central Bank and the International Monetary Fund (IMF), had a major impact on economic policy.

According to Countryaah, the Troika continued to press for the government to take new major austerity measures in the 2014 budget. Finance Minister Michael Noonan also presented a new crisis budget in October, the eighth in order, but the cuts were slightly smaller, EUR 2.5 billion instead of EUR 3.1 billion, which was a concession to Fine Gael’s coalition partner Labor. 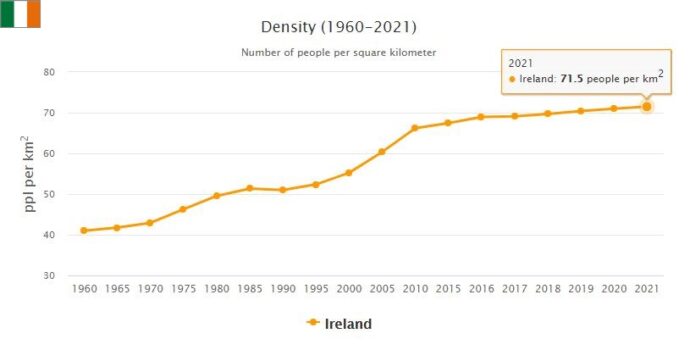 Earlier in October, the government had lost by a marginal vote a referendum where voters said no to abolish the Senate in order to save money. However, a positive news was that unemployment fell from at most around 15% to just over 13% in September, both because more jobs were created and many Irish people left the country to work abroad.

In November, Enda Kenny announced that Ireland, as planned, would not have to ask for new emergency loans from the beginning of 2013/2014 without the government being able to continue to borrow the money needed in the open market.

The aftermath of the many scandals surrounding the Catholic Church in Ireland continued. At the beginning of the year, the government presented a report on the thousands of women who were exploited for forced labor in the so-called Magdalen Netwashes run by the church in 1922–96. The investigation showed that more than one in four women were sent there by state authorities. After initially acting reluctantly, the government promised in June to pay up to € 58 million in damages to hundreds of women sent there by the state. In a speech in Parliament, Prime Minister Kenny apologized for the state’s role in the abuses.

In April, the investigation became clear about what happened to Indian Savita Halappanavar, who passed away at a Galway hospital in 2012 after being refused an abortion, despite her life being in danger. The ban on abortion is enshrined in the Constitution of Ireland. According to investigators, Halappanavar died as a result of a “medical accident”. The Supreme Court had already ruled in 1992 that abortion would be allowed in cases where the woman’s life is in danger. A new law on abortion was adopted by both chambers of Parliament; According to it, abortion could be permitted even in cases where there is a risk that the woman will take her own life if she has to give birth to the child. The law was severely criticized by the Catholic Church and other abortion opponents. Four MPs from Fine Gael voted no to the new law and were excluded from the party. In August, the first abortion was carried out in accordance with the new law.

A tribunal headed by Judge Peter Smithwick ruled in December that people in the Irish police in 1989 had provided information to the Irish Republican Army (IRA) that led to the murders of two highly-regarded Northern Ireland police chiefs. The Irish Minister of Justice made an apology for the security shortcomings that made the murder possible.