Kenya. Kenya went to elections March 4 to appoint a new president and a new parliament and governors. Before the election, political life had been reshaped. Already at the end of 2012, Uhuru Kenyatta had entered into a collaboration with William Ruto, who had belonged to his opponent in the 2007 elections. about 1,200 people were killed. The two politicians were now trying to turn the prosecution to their advantage by playing on anti-Western sentiments, especially against the old colonial power of Britain (Kenyatta and Ruth’s election campaign had, however, been designed by a British company). See clothesbliss.com for how to get to Kenya.

Kenyatta’s and Ruto’s party coalition – The Jubilee Alliance met its fiercest opposition from Raila Odinga and his Coalition for Reform and Democracy (CORD). Election day was largely calm, except in the coastal province and in the area closest to the border with Somalia. 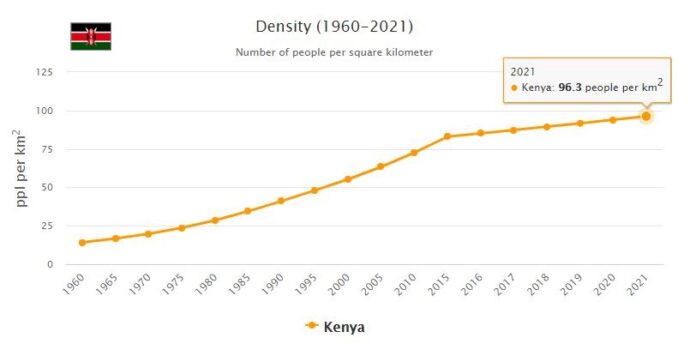 After some delays, the Election Commission announced that Kenyatta had already won in the first round of elections. Suspicions of cheating were raised when over 300,000 votes were initially annulled. Election officials blamed the electronic voting system and the number of invalid votes dropped significantly after a manual conversion. Kenyatta won the election, with just over 50% of the vote, which meant there was no second round of elections. However, the margin was scarce, just over 8,000 votes.

The opposition claimed that cheating had occurred, and Odinga, who came second in the election, questioned the result and turned to the court to have it assessed. Data circulated that one million more voters voted in the presidential election than in the other elections held on the same day. In the elections to Parliament’s two chambers, the National Assembly and the Senate, the Jubilee Alliance had also won. However, CORD had captured 23 of 47 governor posts. The results showed that voters in most cases had voted for candidates from their own people group.

At the end of March, the Supreme Court approved the results of the presidential election, and the following month Kenyatta and Ruto could take over as president and vice president respectively. They had already previously agreed that the ministerial posts should be equally distributed among their respective peoples, so that the Kikuyas (Kenyatta’s people) and the Kalenjines (Rutos) were given equal power. Six of the 18 ministers were women. However, when Kenyatta took office as president, he promised to represent all Kenyans.

A dispute between the president and parliament broke out in May, when members voted to sharply increase their own wages. This happened despite the fact that Kenyatta, whose approval was required for it to come into force, opposed the decision. Following popular protests, MPs were forced to compromise in June and settle for 532,000 Kenyan shillings (equivalent to US $ 6,000) a month instead of the 850,000 shillings they themselves wanted. At the same time they received 5 million shillings each to buy new cars. The average salary in Kenya was around 6,500 shillings. This also happened in the light of the outgoing Parliament vote in January to give themselves high bonuses.

After the election, the new Kenyan government made great efforts to move the legal proceedings against Kenyatta and Ruto from the ICC in The Hague to Kenya or Tanzania but was not heard by the court. As a reason, the ICC indicated, among other things, that a move could jeopardize the security of the witnesses. In September, Kenya’s parliament made another mark as it voted for the country to leave the ICC entirely. At a summit in Addis Ababa the same month, the African Union (AU) called on the ICC to await legal proceedings until a possible relocation of the trials to an African country had been investigated. The AU also approved a resolution that no international courts could initiate legal proceedings against incumbent African heads of state.

However, both Kenyatta and Ruto had promised to cooperate with the ICC, and Ruto and his co-defendant, the former radio journalist Joshua Arap Sang, were present in the Netherlands when the trial against them began in September. Both men pleaded not guilty to the charges against them.

However, the legal process against former Cabinet Secretary Francis Muthaura, who was indicted alongside Kenyatta, had been discontinued in March after one of the witnesses changed his statement and admitted that he received bribes. The ICC had also lost several other witnesses. The lawsuit against Kenyatta, which should have begun in April, was postponed several times and appeared to be released only in February 2014. The ICC had also agreed that Kenyatta did not need to be present at all court hearings in The Hague. In 2011, Kenyan troops entered neighboring Somalia to fight the militant Islamist al-Shabab militia. Since then, the number of acts of violence suspected by militant Islamists has increased. Most attacks were carried out in the area near the border with Somalia, but Nairobi and Mombasa were also affected.

On September 21, a well-publicized attack was launched against the Westgate Gallery in the capital Nairobi, which claimed 67 lives. During four days of the siege, the assailants also held an unknown number of people hostage. Through his Twitter account, al-Shabab took on the blame for the deed, which they said was to take revenge for the Kenyan intervention in Somalia. Among the victims were a relative of the president and 18 foreign nationals. Kenyatta announced three days of country mourning and praised the solidarity and courage shown by the Kenyan people during the crisis.

According to photos from surveillance cameras, it appeared that only four men, all with Somali background, had carried out the attack, which was significantly fewer than initially thought. Images from surveillance cameras also indicated that soldiers looted stores during the hostage-taking operation. This was initially rejected by the military, who later admitted that several soldiers had been fired because of the looting. Criticism was also directed at the lack of coordination between police and the elite soldiers deployed.

In June, the UK government agreed to pay damages to over 5,000 people tortured by British soldiers in connection with the Mau-Mau uprising in the 1950s. The equivalent of close to £ 14 million would be paid out. The damages negotiations had begun since a British court in 2012 ruled that three torture victims could sue Britain for the abuses.

On December 12, Kenya celebrated 50 years as an independent nation. In a speech, President Kenyatta demanded that Africa begin to be treated as an equal party on the world stage.