Kiribati. According to Countryaah, Kiribati President Anote Tong announced in February that Kiribati would buy about 2,400 acres of land on the island of Vanua Levu in Fiji. The land need was not about escaping rising sea levels in Kiribati, but about guaranteeing residents’ access to food. The government had approved the plan a year earlier. Kiribati’s islands are low, at most a few meters above sea level, and risk being flooded as the sea level rises as a result of climate change. 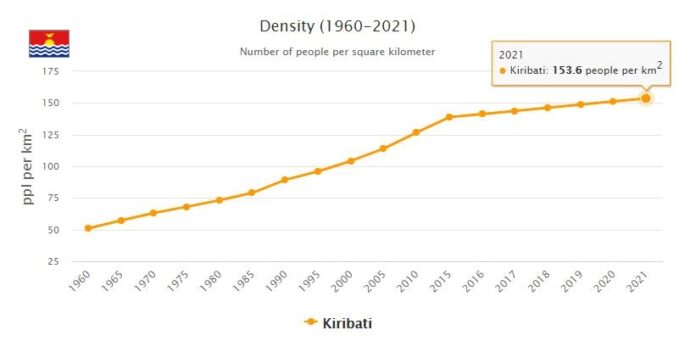 Environmental degradation creates erosion which also causes salt water to contaminate the fresh water, which Kiribati already has. During a visit to India, Tong told reporters that the government has accepted that some of Kiribati’s residents will have to move eventually, but the land purchase is currently about being able to produce food in Fiji to reduce food imports. In addition, the government will try to build up some of Kiribati’s islands so that they can cope with an elevated sea level. That they do not build everyone is due to lack of financial resources, and no one wants to give Kiribati money for this, Tong noted.

A Kiribati man tried to get asylum in New Zealand in October with climate change as a reason. The man, who had been denied a first instance, turned to New Zealand’s highest court. He had lived in New Zealand since 2007 and has children born in the country, but his work permit had expired. The man said that there is no future for him and his family in Kiribati. The Supreme Court rejected the man’s application on the grounds that his human rights were not threatened in Kiribati. The Court found, like the Migration Authority, that climate change is not a personal reason for asylum but something that affects the entire population of Kiribati.