Mongolia. According to Countryaah, Mongolia entered 2013 with one of the world’s fastest growing economies, with some predictions of GDP growth of 18-20%. Exports from the new big copper and gold mine Oyu Tolgoi and exports from Tavan Tolgoi, one of the world’s largest coal mines, were expected to produce such a result.

In July, the first consignment of copper concentrate from Oyu Tolgoi went to China. It was an important milestone for Mongolia, which was expected to become a major commodity exporter to China. But during the year, forecasts of Mongolia’s GDP growth dropped below 10%, including due to lower growth than expected in China. 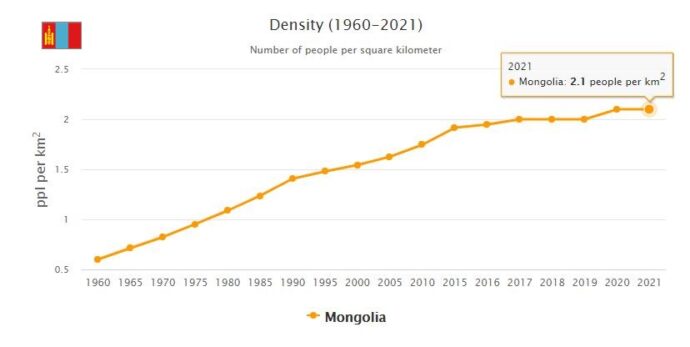 The Oyu Tolgoi mine’s ore deposits are among the largest in the world and extend over three miles below the Gobi Desert. When the mine is in full operation in 2020, it is estimated to account for about 35% of the country’s GDP, while a gigantic open pit is already causing wounds in nature. Critics say the mining project will create major environmental problems, exacerbate corruption and benefit China rather than Mongolia’s poor.

Mining operations were estimated to account for approximately 90% of the country’s total exports during the year, but the mining sector provided work for only 4% of the country’s labor force. Traditional agriculture, on the other hand, with livestock management for meat and wool, employed about 40% of the labor force, but accounted for less than 15% of GDP.

According to the United Nations Development Agency (UNDP), the economy’s dominance of mining has led to disproportionate growth, which has intensified the country’s problems with the lack of manufacturing industry between the emerging mining sector and traditional nomad culture.

The June presidential election was about the mining boom, about the environment, about growing economic gaps and about how the profits from the major mineral resources would benefit the poor. The incumbent President Tsachiagijn Elbegdorj of the ruling Democratic Party was challenged by MP and former wrestler Badmaanyambuu Bat-Erdene, who was the main candidate for the opposition, as well as socialist candidate Natsag Udval, the first woman to stand in a presidential election in Mongolia.

President Elbegdorj already won 50.9% of the vote in the first round, according to the official result. Bat-Erdene received 42.5% and Udval just under 7% of the vote.

In September, a demonstration was held outside Parliament in the capital Ulaanbaatar in protest against environmental legislation, which was accused of failing to protect nature from the mining industry’s progress. The protesters tried to enter the parliament building but were prevented by guards. Shotguns occurred.

The capital, Ulan Bator (627,300 residents in 1997), is located in an autonomous municipality with respect to the 21 provinces into which, since 1994, the territory has been divided. The population (2. 579. 000 residents In 1998, according to one estimate) belongs predominantly to the ethnic halk, whose language (Khalkha Mongolian) is the official state; Kazakh languages ​​are also spoken in the southwestern provinces. Religion, Lamaist Buddhism, strongly opposed until the 1980s, is once again widely practiced. In 1997 a long period of drought almost completely compromised the traditional activity of semi-nomadic grazing, making the steppes even more arid and removing most of the shepherds from this kind of life.

Livestock farming, the foundation of the culture and traditions of the population, is in crisis today, both for its modest profitability and for the drying up of the steppes mentioned above. With the help of foreign technical assistance and pilot companies, we are trying today to bring this fundamental activity back to more modern and rational forms and at the same time to improve agricultural production.

The most important mineral resources are lignite (6,950,000 t in 1994), fluorite, copper (430,000 t of concentrates in 1996) and molybdenum. The trade balance is chronically passive and the country, whose territory is poorly supplied with infrastructure, receives continuous assistance from abroad: trade continues to be oriented mainly towards China and the Russian Federation. However, the difficult transition from a socialist economy to a market economy, without the aid that until 1991 came in massive quantities from the Soviet Union, makes the internal economic and social situation very uncertain.