There are both bloody battles and enriching gold finds in the history of Montana. Today, the state is popular with nature lovers and wildlife bongas. 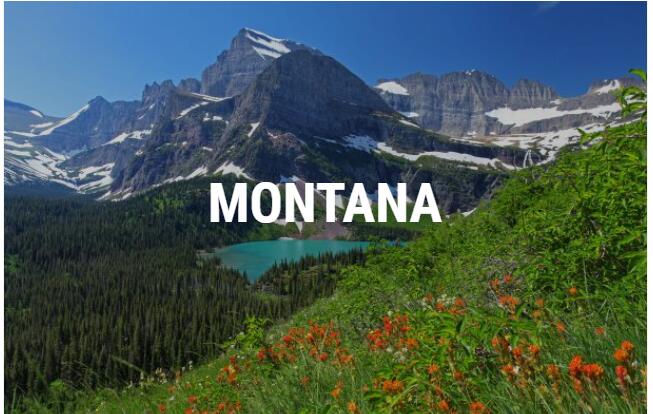 The open prairie is out of sight and the blue sky curves above it all. The slogan of the state is “Big Sky Country”.

Montana has grown in popularity after many celebrities who appreciate nature and peace have moved there.

The state was first inhabited by indigenous peoples. History is also marked by bloody battles between the Cheyenne and Sioux tribes and U.S. military forces near Billings in 1876. This place now houses the Little Bighorn Monument.

Eastern Montana became part of the United States with the purchase of Louisiana in 1803.

Montana has been enriched throughout history by several gold finds since 1858. From this it got its nickname Treasure State.

Large deposits of silver and copper have also enriched Montana. Even today, the gold and silver industries are major employers, and the oil industry, mining and agriculture are also important.

The state manufactures food and paper products. Wheat, barley, beets and oats grow in the fields of Montana.

Nature tourists in particular have discovered Montana. Bonga wildlife is one of the most popular hobbies.

The clean lakes, snowy mountain slopes and forests of Glacier National Park in the Rocky Mountains provide a home for many wildlife such as black bears, wolves, cougars, beavers, deer and country eagles.

The park has hiking trails of varying lengths from 20 minutes to 9 hours. In addition to hiking, you can explore the park by bike, horseback or kayak on the water.

The park is visited by two million visitors a year. The National Bison Range is also home to wildlife, with over 700 bison, among other things.