Nauru. According to Countryaah, the political turmoil that characterized Nauru further continued in early 2013. In February, both the Foreign Minister and the Minister of Finance left the government. In addition, the Minister of Commerce, as well as former President Marcus Stephen, was fired by President Sprent Dabwido. Only two ministers remained in the government at the time, which was assumed to be contrary to the constitution. According to opposition spokesmen, the issue of reopening the Australian refugee center in Nauru, which occurred in September 2012, had caused internal conflicts in the government. In addition, Parliament was divided. In this situation, President Dabwido dissolved the parliament and announced the new elections until April 6. Following a court report that Parliament was not properly dissolved, President Ludwig Scotty resigned and the new election was postponed until June 8. 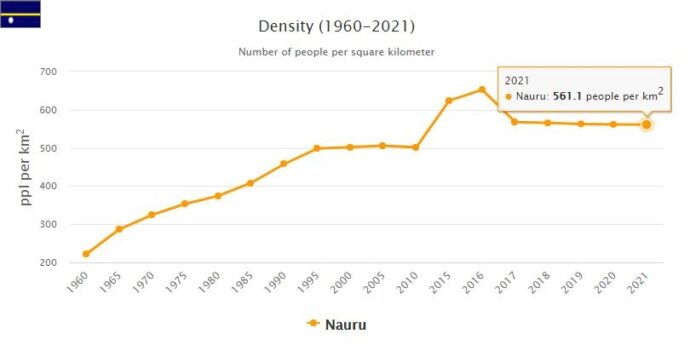 Before the election, the number of seats in Parliament had been increased from 18 to 19 to avoid the stalemate that had arisen before, when the government side and the opposition got the same number of seats. A record number of candidates, 68 persons, all of whom were independent, ran for election. Twelve members were re-elected. Among the seven new, the second woman was ever elected to Naurus parliament. As new president, Parliament appointed former Education Minister Baron Waqa. Former President Dabwido did not stand for re-election. Ludwig Scotty was re-elected President.

On July 19, they made about 500 asylum seekers in Australia’s detention camp in Nauru after the Australian government decided to further tighten its refugee policy and not give asylum in Australia to any people at all who come by boat. Several of the residents in the camp were armed with kitchen knives and other items. A large part of the plant was burnt down. Many armed locals came to the scene to help the police against the migrants. The police arrested about 150 people in connection with the riot. At least four asylum seekers and several guards must have been injured.

Before the riots broke out, the asylum-seekers had hunger strikes and protested for several weeks against bad conditions in the camp and long processing times. The disputed camp had been opened by Australia in September 2012 after being closed since 2008. The asylum seekers were migrants who came by boat from Sri Lanka and Afghanistan, among others. In 2012, the UN and Amnesty International criticized the difficult conditions in the camp with high heat, humidity and congestion and more. Amnesty was also critical of the long and uncertain waiting times.

Following the incident, the Naurus government kicked off Australia’s police commissioner in the country because of shared opinions about how the riot should be handled.