Nepal. In March, Chief Justice of the Supreme Court Khil Raj Regmi was installed as Prime Minister for a transitional government made up of former government officials. Its main task was to prepare for the delayed parliamentary elections and lead the country until an ordinary government was elected in general elections. Regmi was a compromise candidate for the job as head of government, as the country’s largest parties could not agree on a joint candidate. According to Countryaah, the country had been politically and legally paralyzed since May 2012, when the deadline for establishing a new constitution had expired without Nepal getting a new constitution. 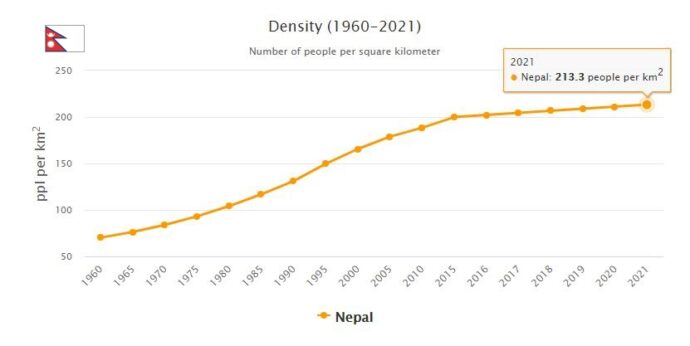 Before the appointment of the Prime Minister, the four largest parties had succeeded in agreeing some common goals: elections in June, how a Truth and Reconciliation Commission would be composed, how the former Maoist rebels would be integrated into the regular army, and rules for citizenship and the establishment of electoral votes. choice. The four parties included in the agreement were the Maoist UCPN-M, the Nepalese Congress Party, the Marxist-Leninist UML and the regional Madhesi people’s legal forum. See campingship.com for Nepal travel guide.

The opposition to this agreement was driven by an alliance of 33 parties that was set aside, in particular CPN-M, which is a breakaway party from UCPN-M. In April, this alliance organized a series of strikes and demonstrations as well as occupied land owned by Prime Minister Regmi and his relatives. The alliance presented a list of 18 requirements, including that the election should not be held under the current transitional government and that the transitional government should be dismissed. In April, the new government announced that the election could not be held in June because the Election Commission said more time was needed for preparation.

The same month, the Supreme Court rejected the government’s plans to establish a Truth and Reconciliation Commission to investigate crimes committed during the civil war. The reason for the Court’s decision was fears that the Commission would be able to grant amnesty for serious abuses and war crimes.

In June, it was announced that the election had now been moved to November.

In August, the four parties agreed to hold roundtable talks with the alliance for the 33 parties. However, the EU, Japan, South Korea, the US and the UN gave their support for elections to be held and offered Nepal assistance with the preparations. A month later, the opposition went into new demonstrations demanding that the November elections be postponed. The capital of Kathmandu was paralyzed during a day of demonstrations and strikes. The opposition wanted elections to be held under a unity government with all parties represented. However, the government was adamant that the election should be held in November.

In October, the election demanded its first casualty when a UML candidate was shot dead on the street in Kathmandu. A politician from the same party was suspected of being behind the murder. Competition for the candidacies was believed to be the motive for the crime.

The election was held on November 19 in relatively calm forms, although at least three people were injured in minor blasts in Kathmandu. Those entitled to vote had to choose from thousands of candidates from about 120 parties. The turnout was relatively high and the end result showed that the Congress Party made a strong choice and became by far the largest party. Two became UML while UCPN-M went sharply back and ended in a weak third place. Following initial protests from the Maoists about suspected election fraud, party representatives said UCPN-M would accept the election loss. The Congress party said it would form a unifying government in which the Maoists were welcome to join. The highest priority for the new government would be to develop the new constitution.