Norway. The year marked a historic political regime change. According to Countryaah, the Progress Party came into office for the first time, in a coalition with Høyre, since the red-green government lost the parliamentary elections in September.

Right, led by Erna Solberg, at the beginning of the year was so successful in opinion that the party alone would have become as large in parliament as the three coalition parties in Prime Minister Jens Stoltenberg’s government. But sympathies changed during the year.

In March, the Stoltenberg government presented a new contingency plan against terrorism as a result of the lack of preparedness in connection with the terrorist attacks in Oslo and Utøya in 2011. Among other things, a new national police station in Oslo was proposed, and preparedness against terror would receive SEK 100 million in increased appropriation. 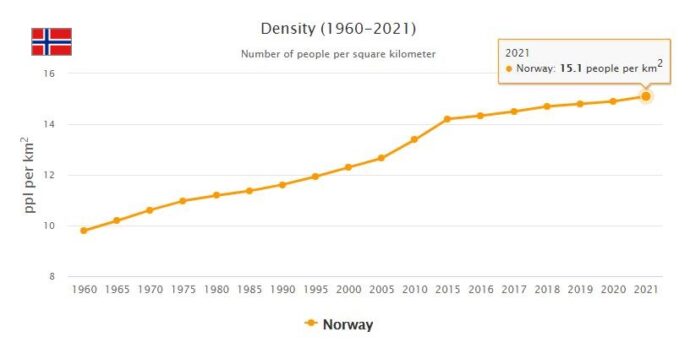 At the national meeting in April, the Labor Party found it difficult to agree on the issue of oil recovery in the Arctic Ocean, where the youth union was opposed. The compromise became an environmental impact study on oil recovery in sensitive Arctic waters. The disagreement was at least as great in the government, where the Socialist Left Party and the Center Party said no to oil extraction in the Arctic Ocean and also rejected environmental impact studies. This summer’s election campaign was a battle between the bourgeois parties’ criticism of deteriorating school outcomes, poor healthcare and poor roads, and the coalition’s descriptions of a more stable economy than in the euro zone and higher employment than in the EU. The government warned of bourgeois privatizations in welfare, especially in healthcare.

The parliamentary election became a triumph for Høyre and party leader Erna Solberg. Høyre made his best parliamentary choice in nearly three decades and went from 30 to 48 seats in the Storting, and the bourgeois parties received a majority of 96 seats against the red-green 72. Høyre’s success, however, came at the expense of the Progress Party, which declined from 41 to 29 mandate. The Labor Party remained the largest party but declined from 64 to 55 seats.

The Socialist Left Party just took over the four percent barrier to the Storting, and the third coalition partner Senterpartiet got a little over a percent more. The environmental party De Grønne entered the Storting for the first time, but with only one mandate, after success in Oslo.

In the bourgeois coalition negotiations, the central parties Venstre and Christian People’s Party stood alongside the government but supported it. This meant that the Høyre and Fremskrittspartiet formed a minority coalition with tax cuts, reduced bureaucracy, increased competitiveness, better schooling and stricter immigration policy as important parts of the government program. Erna Solberg became prime minister and Progress Party leader Siv Jensen new finance minister. One item that was removed from the government was the Minister for Development Cooperation.

When Stoltenberg handed over to Solberg, he received accolades from her for the role he played in the national grief work after the terrorist attacks in 2011. At the same time, the ideological differences were great, and from the left the feelings of the Progress Party’s entry into the government swelled. The outgoing Prime Minister Stoltenberg described the new coalition as “right to right”.

The new government parties had gone to elections for better schools, shorter queues in care and care and better infrastructure. The Progress Party wanted to take resources for this through increased withdrawals from the state oil fund, but Høyre slowed down there. In its amendments to the budget, the new government presented, among other things, tax cuts and reduced student support.

The mainland economy was expected to grow by 2.5% in 2013. The value of the central government’s oil fund rose to approximately SEK 4,900 billion in November, making it one of the world’s largest investors. Philanthropist and Microsoft founder Bill Gates at the end of the year urged Norway to use more of the Fund’s funds for infrastructure in sub-Saharan Africa, in Asia, and in small businesses that can improve agriculture and health care. Former Prime Minister Jens Stoltenberg was named UN Special Climate Envoy in December with the task of working for a comprehensive global climate agreement 2015. See shoe-wiki.com for Norway travel guide.

Norway’s extent and topography entail large costs for the development and maintenance of the transport lines. Transport was based on maritime transport until the latter half of the 19th century when railway construction began, and part of the traffic gradually shifted from sea to land. Developments in passenger traffic have been characterized by the car and the aircraft from the 1900s.

The roadways built from the 1600s to the far 1800s were mostly fragile and useless for much of the year. Maintenance responsibility lay on the farmers in the district. The road laws have gradually established the public responsibility for the road system, and in 1931 the current division of responsibilities between the state, counties and municipalities came in national, county and rural roads (later municipal roads). The total public road length in 2008 was approx. 92,900 km (29.4% national roads, 29.2% county roads and 41.4% municipal roads); of this is approx. 0.3% freeway. By the way, there are approx. 126 000 km of private roads.

Parallel to an ever-growing car park, there is a great deal of effort to greatly improve the road standard itself, for example. laying of fixed deck, increase in axle pressure, bridge and tunnel systems. Practically the entire national highway network and the majority of the county road network have a fixed tire, while almost the entire national highway network and around half of the county roads are prepared for 10 tonnes of axle load. A number of major road projects have been implemented since 1980, especially with a view to mainland connection using bridges and tunnels. Construction of pedestrian and bicycle paths has also been a priority area since 1980.

Increased awareness of the transport sector’s, and especially the car’s, negative impact on the environment – both locally and globally – has led to the development of new technology in the cars, measures to reduce car use and the development / development of alternative means of transport. In 1989, exhaust gas requirements were introduced for new gasoline-powered passenger cars that have led to a reduction in emissions of nitrogen oxides (NOx), carbon monoxide (CO) and volatile organic compounds. Fee for carbon dioxide emissions (CO 2)) on fuel was introduced in 1992. In 1996, a new tax system for cars was introduced, so that new cars are more expensive the more they pollute. Models are also being worked on that will allow each motorist to pay the costs he / she incurs on other road users and the community (see road pricing).

Shuttle services play a special role on short distances. However, from the mid-1980s a network of long-distance routes has also been built up. Previously, these were reserved for railless areas (eg Bergen-Trondheim), but the express routes now also operate routes covered by rail. From 1988, much of the express bus traffic was collected under the name Nor-Way Bus Express.

The first railway was opened in 1854 and for almost 100 years there was a more or less continuous development of the line network. The Norwegian railway network is 2008 at 4114 km. The network was at its longest in 1957 (4498 km); many small side lanes have subsequently been closed down, in some lanes only freight traffic is operated. Since the 1950s, more and more lines have been converted to electrical operation (2552 km 2008). Both passenger and freight traffic remained fairly stable during the 1980s and 1990s, but on the passenger side the “market share” has dropped significantly, since overall passenger transport has increased significantly.

In 1996, the Norwegian State Railways were divided into the transport company NSB BA (now NSB AS) and the National Rail Administration, which is responsible for rail and other infrastructure.

Passenger traffic has shown very strong growth, and it was only quadrupled in the period 1980-2008. Freight transport is negligible when you disregard mail. Western Norway and Northern Norway in particular were well developed with airports in the 1970s, and in 2005, the country had 46 airports with civilian call routes.

The domestic network was previously dominated by SAS, Braathens SAFE and Widerøes Flyveselskap, but after SAS took over both Braathens and Widerøe in 2002, thanks to the airline Norwegian Air Shuttle, which started domestic flights this year, there is still competition for air transport in Norway. From 1993, all airlines in the EU / EEA area have free competition on flights to and from Norway. In 1995, free competition was introduced on the domestic national grid network for Norwegian airlines and a new company, Color Air, started 1998 scheduled services. Operations were in deficit and were canceled already the following year.

Norway is ranked as the world’s fourth largest shipping country and is the country with the highest share of the fleet under its own flag among the traditional shipping countries, with a total tonnage of 16.8 million gross tonnes. This is largely due to the establishment of the Norwegian International Ship Register (NIS) in 1987. The NIS fleet reached its peak in 1991 with 870 ships, but has since declined and was at the end of 2007 on 565 ships. In the Norwegian Ordinary Ship Register (NOR), 749 ships were registered in 2007. The registers were co-located to Bergen in 1992.

Coastal traffic is of great importance in many areas, but road construction, increased passenger numbers and air traffic have led to a sharp decline in passenger numbers, except for ferries. The most important coastal route is the Bergen – Kirkenes express route. Fast-moving boat types, especially catamarans, have revolutionized the traffic pattern in many places, especially along the west coast and the Trondelag coast. There are still many highway connections with car ferries. On each ferry connection, traffic increases in line with other car traffic, but more and more ferry connections are being replaced by new road projects that include bridges or tunnels.

The municipal and county authorities are responsible for the design of the local public service. Nevertheless, the state has entered into grants for the development of public infrastructure in the largest urban areas, which has led to such measures being prioritized across the different levels of administration.