Paraguay. According to Countryaah, the most notable event during the year was the retirement of retired general Lino Oviedo at the age of 69 in a helicopter crash in the Chacera region on February 2, in the midst of an ongoing presidential campaign in which he was running for the National Association of Ethical Citizens (UNACE). Oviedo was a controversial person who participated in the military coup against dictator Alfredo Stroessner in 1989 and organized a coup attempt against the democratically elected President Juan Carlos Wasmosy in 1996 and was believed to be behind the assassination of Vice President Luís María Argaña in 1999. 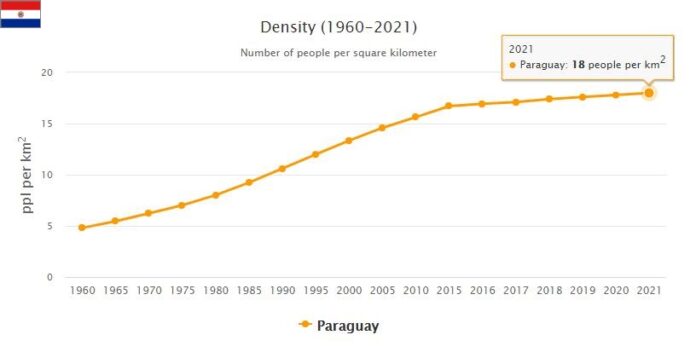 The sudden death of Oviedo inevitably left its mark on the presidential election itself, which was held April 21. Although Oviedo was only in third place in opinion polls at the time of his death, most of his sympathizers instead cast their votes on businessman Horacio Cartes, candidate for the National Republican Organization (ANR), one of many breakout parties from Paraguay’s most powerful party, the Colorado Party. Cartes won the election with 49% of the vote against the main opposition candidate Efraín Alegre for the Paraguay Alegre alliance, which received 39% of the cast and included the ruling Liberal Radical Party (PLRA). In the congressional elections held at the same time, the ANR won a majority position in the House of Representatives and became the largest party in the Senate while the PLRA retained its mandate. Cartes swore presidential election on August 15.

The electoral process was overseen by a delegation from the US cooperative organization OAS, and the flawless implementation of the presidential election led to Paraguay re-joining the Mercosur regional free trade organization. Paraguay was expelled from Mercosur following the democratically very dubious national judicial process against the former democratically elected President Fernando Lugo in June 2012.

Two of President Carte’s first steps were to invite four opposition parties to a national pact and to order the army to step up its actions against the guerrilla group Ejército del Pueblo Paraguayo (EPP) that has been active for several years.

Economic conditions. – The Paraguay is still an essentially agricultural-forestry country: 50.5% of the territory is covered by dense forests, 24.6% by meadows and pastures and partly intended for breeding and only 2.3% is reserved for crops, while 22.6% are uncultivated and unproductive. The development of agriculture is severely hampered by the archaic structure of the property: 30% of the land belongs to 145 families while 150,000 small owners share 15%. The main crops are: maize (280,000 ha and 3.5 million q in 1975), cassava (80,000 ha and 11.1 million q) and sugar cane (42,000 ha and 14 million q). Discrete are the production of tobacco (24,000 ha and 334,000 q) and cotton (115,000 ha, 610,000 q of seeds and 310,000 q of fiber). The cultivation of soybeans has recently been widespread (100,000 ha and 2, 6 million q) and those of citrus fruits (1.2 million q of oranges) and bananas (2.6 million q) remain at good levels. The main forest resources are tannin and yerba mate ; timber production reached 4.2 million m 3 in 1975. The breeding is mainly bovine with about 5 million heads in 1975. The resources of the subsoil are still little known; only in the Chaco are oil surveys in progress in the Long and Gabino Mendoza area; copper deposits have been found in San Miguel and manganese in Ibicué. Electricity production is still quite limited with an installed power of 156,000 kW; a hydroelectric power station (90,000 kW) is under construction on the Rio Acaray. Industrial production is made up for more than 60% of non-durable consumer goods; heavy industry and durable goods industries are still practically absent. We can mention the chemical industry, traditionally specialized in the production of tannin (7000 t in 1975) and the textile industry (24.100 t of cotton yarn).

Communications are still rather scarce; the railway network is only 441 km long, the road network 6670 km.

Foreign trade is made up of at least 60% of livestock and forestry products (meat US $ 35 million, timber 22 million in 1974) mainly directed to Argentina (30%), the United States, Rep. Fed. Germany, Great Britain and the Netherlands, from which the largest imports (machinery and fuels) also come.