Congo. According to Countryaah, four independent newspapers were temporarily forced to suspend their publication on June 1 following a decision by the authorities that accused them of publishing “upsetting articles”. The independent newspapers L’Observateur, Talassa and Le Trottoir, all of which are published in the capital Brazzaville, were forced to close for four months, according to a decision by the High Council for Communications Freedom (CLSC), which regulates the country’s media. A fourth newspaper, Le Glaive, was forced to close for two months. The Freedom of Expression Organization Reporters Without Borders condemned the decision. Congo ranks 76th among 179 countries on Reporters Without Borders list of press freedom. 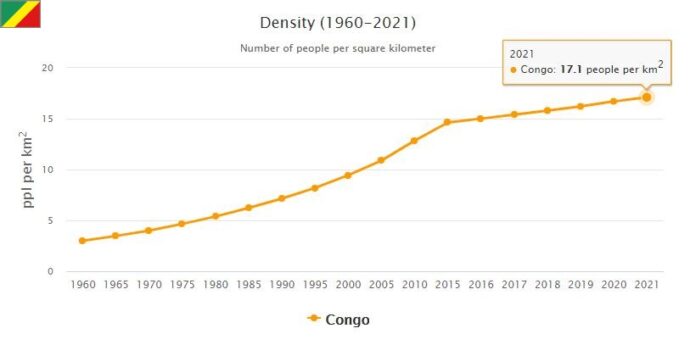 In September, six soldiers were convicted of the explosion in an armistice in the capital, Brazzaville, which killed about 280 people in March 2012. The longest sentence was given to the main defendant, a corporal who was sentenced to 15 years in prison for deliberately setting fire to weapons. A colonel received five years of criminal work for misappropriating money that would have been used to build ammunition containers. Another 26 people were charged, but were cleared of suspicion.

Congolese General Norbert Dabira was arrested in France in August, suspected of being responsible for a massacre in Congo in 1999. There are about 350 refugees who disappeared when they returned to Congo (Brazzaville) after exile in neighboring Congo (Kinshasa), and are suspected of having killed by the military. 64-year-old Dabira, who has a home in France, was released shortly after the arrest pending trial. He denied the suspicions.

Dabira and 14 other high-ranking militants were cleared of suspicion in the case at a trial in a Congolese court in 2005. The court found that 85 people had disappeared, but had no explanation for it and offered relative compensation. Congolese authorities have constantly denied that the refugees would have been killed, but human rights groups and relatives of the refugees claim they were arrested, tortured and executed because they were suspected of supporting a militia group fighting the government. French authorities opened an investigation into the case in 2001. When he was arrested, Dabira was responsible for reintegrating former rebels in the Congo.

In the country, which fell into a dramatic civil war in the second half of the nineties, the economic, political and, to a lesser extent, ethnic reasons of the conflict mingled in an intertwining difficult to unravel: the warring factions, in fact, seemed to be motivated above all by the game of the enormous economic interests linked to the exploitation of oil, interests that involved foreign powers and large multinationals. The beginning of the new century, however, saw the opening of a national dialogue for reconciliation and a tight agenda of political and institutional appointments. From the outset, however, the opposition criticized the work of General D. Sassou-Nguesso, President of the Republic from 1979 to 1992, which had regained power with arms in 1997, causing the flight of President P. Lissouba (later sentenced in absentia to thirty years for treason and corruption).

Expelled from the electoral commission, the opposition parties boycotted the referendum of January 2002 for the approval of a new Constitution, which saw the participation of over 75 % of the voters. The text, approved with 84 % of the votes, established the election of the president for a seven-year term and a bicameral Parliament. The presidential elections the following month were again boycotted by the opposition and its most prominent representative, former prime minister A. Milongo, who complained about the lack of transparency of the electoral mechanisms. On 10 March, without significant challengers, Sassou-Nguesso came out victorious from the polls, securing over 89% of votes. In the following days, as the country prepared for the legislative electoral competition, violent unrest returned to the southern region of Pool, a stronghold of the Ninjas rebels, once militias loyal to former Prime Minister B. Kolelas. Between the first and second round of the elections, the popular participation rate, estimated at a national average of 30 %, recorded very low peaks, around 10 %, in the regions affected by the clashes. In any case, the victory of the Parti congolais du travail, with 53 seats, and the success of the Forces démocratiques unies (30seats) guaranteed General Sassou-Nguesso an absolute majority in Parliament. After officially inaugurating his mandate in August, Sassou-Nguesso announced the formation of a government whose declared priority was the fight against corruption.

In March 2003, the reaching of a peace agreement in the Pool region with the rebel leader F. Bitsangou (known as Pastor Ntoumi) effectively closed the civil war, revealing the dimensions of the tragedy in a land that was once fertile and populous: violence, rape, poverty, hunger, destruction of villages. In the last months of 2005, after the recurrence of new clashes, the repressive action of the government against the rebels who had refused to lay down their arms following the 2003 agreements intensified.