Senegal. According to Countryaah, Karim Wade, son of former President Abdoulaye Wade, was indicted in April for corruption. He is suspected of damaging himself to the equivalent of about SEK 8 billion from the state while he was a minister in his father’s government during the period 2000-12. The corruption investigation against Wade and several other former ministers started in 2012. Wade is suspected of having acquired several foreign companies illegally. He – via companies in tax havens – must have had interests in companies such as the capital of Dakar’s port and airport. 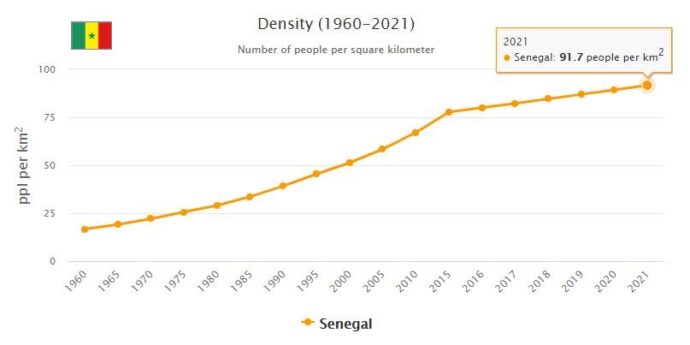 During his father’s twelve years in power, Karim Wade held several ministerial posts at the same time and was called by critics for “minister of heaven and earth”. He was responsible for infrastructure and aviation, among other things, and had a generous budget as many large-scale projects were carried out during his time as minister. Wade denied the crime.

During a week-long African tour in June, US President Barack Obama visited Senegal and hailed the country for being one of the most stable democracies in the region. President Macky Sall was praised for making sure to bring Chad before dictator Hissène Habré to trial. However, Obama criticized the lack of human rights for gays. In Senegal and many other African countries, homosexuality is illegal. In some countries, as in Senegal, homosexual death sentences are at risk. Obama pointed out that all people should be treated equally before the law and urged the African countries to enact laws that do not discriminate against people because of their sexual orientation.

Senegalese police arrested Chad’s former dictator Hissène Habré – who was nicknamed Africa’s Pinochet – on June 30 at his home in Dakar. Habré is suspected of torturing and killing tens of thousands of his opponents during his eight years in power. He had been living in exile in Senegal since he was deposed in 1990, and has been in house arrest since 2005. The 70-year-old former dictator was indicted in early July for crimes against humanity, war crimes and torture.

It happened at a special tribunal for war crimes set up by the African Union (AU) in Senegal. Habré denied all charges. He will be held in custody until the trial begins, which is expected to take just over a year. It will be the first time an African leader has been charged with human rights violations in a regional court. Habré had been prosecuted as early as 2000, but the Senegal courts ruled that a lawsuit could not be held against him there. In 2012, the International Court of Justice in The Hague (ICJ) ordered Senegal to either bring Habré to trial or extradite him so that he could be tried abroad.

At the end of August, President Macky Sall fired Prime Minister Abdou Mbaye and dissolved the government, which had only held power for 17 months. As new Prime Minister, he appointed Aminata Touré, who at the same time left the post of Minister of Justice. As Minister of Justice, Touré, a former human rights activist, had led the fight against corruption and played an important role in the legal process against Chad’s dictator Habré. Touré became Senegal’s second female prime minister. Sall gave no explanation for the changes.

In 1998, according to UN estimates, the population of the Senegal amounted to 9,003. 000 residents. Population pressure is very strong (in 1967 the residents were 3, 7 million so in thirty years there has been an increase of 143 %), but the country is still far from complete their demographic transition cycle and, consequently, it is to be believed that in the next few years the prospects for production growth will still be marginal. In fact, the birth rate is undergoing a slight contraction: it was 48 ‰ in the 1970s and has dropped to 43 ‰ (annual average 1990 – 95); in the same period, however, the mortality rate also decreased, passing from 20 to 16% ; the difference, therefore, has remained almost unchanged, and the containment of population growth is still linked to emigration. The urban population constitutes 46 % of the total, while the distribution of the load between the different areas of the country is even more irregular than in the past. The residents of the urban agglomeration of Dakar are close to 2 million. Regardless of the region of the capital, the area of ​​greatest density is in the immediate hinterland of Cape Verde, where, in some districts, the density is close to 200 residents / km ²; in the internal areas, on the other hand, there are barely 10 residents / km ². The most populous cities are, in addition to the capital, Thiès, Kaolack, Ziguinchor and Saint-Louis.

Almost half of the population lives below the poverty line; illiteracy still affects two thirds of Senegalese.