Solomon Islands. In February, the Solomon Islands suffered a tsunami following a severe earthquake in the Pacific Ocean southeast of the island. Several villages were destroyed in the flood, ten people lost their lives and thousands became homeless. Rescue work became difficult as the worst-hit island is remote and its airport flooded.

According to Countryaah, an intense debate was held during the year about the future of the mining industry in the Solomon Islands. The country’s only producing mine, the Gold Ridge gold mine on the island of Guadalcanal, was estimated to contribute one-fifth of GDP, but a nickel deposit on the island of Santa Isabel was believed to be ten times larger. A Japanese and an Australian company disputed in court the rights to the deposits, and both claimed that they had the landowners’ permission. 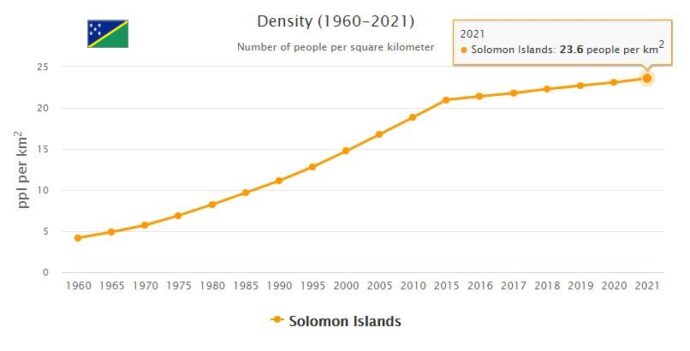 In July, the RAMSI Peace Force began withdrawing from the Solomon Islands after ten years. The Australian-led force had existed on the islands to maintain security following the ethnic strife and lawlessness that took over two hundred lives in 1998–2003. The military force left the Solomon Islands during the year, but police units remained.

A report from the World Bank in November found that drug abuse has become more common in the Solomon Islands in line with the wealth developed by the commodity industry. In some places, the abuse was described as epidemic with social, health and criminal problems such as domestic violence and theft. More access to money has also led to a strengthening of the men’s position and a weakening of the women, according to the report.