Somalia. There was high hopes during the year that President Hassan Sheikh Mohamud and his government could stabilize the situation in Somalia. According to Countryaah, the US marked this by recognizing a Somali government for the first time since 1991. At the beginning of the year, in April, the UK opened its embassy in Mogadishu after 22 years. The following month, the British government organized an international conference in London with representatives of 50 states and organizations, promising nearly $ 280 million in support of Somalia’s reconstruction. In September, the EU and several individual EU countries promised further assistance. 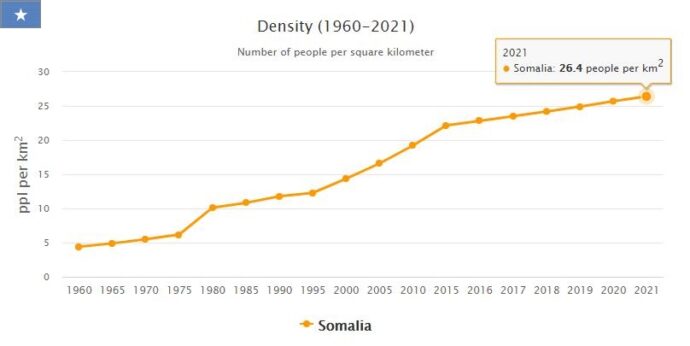 During the year, the UN Security Council extended the mandate of the expert group to oversee the sanctions directed against Somalia and Eritrea. However, the Security Council decided to make an exception in the arms embargo against Somalia, which has been in force since 1992, in part to allow the country to develop its own defense forces. However, the restrictions were retained for some heavier weapons.

Although the government side, with the help of the African peacekeeping force AMISOM, had succeeded in taking control of larger areas in southern Somalia, militant Islamist al-Shabab had yet to take root in other parts of the country, and the group continued to create concern through a long line of bloody attacks.. Greatest attention arose in a mall in Kenya’s capital Nairobi for which al-Shabab took the blame. 67 people were killed, most of whom were civilians. According to the Islamist militia, the motive was to punish Kenya for entering the country in 2011 with troops in Somalia. The group has already committed a number of acts of violence on Kenyan soil. Following the attack in Nairobi at the end of September came reports that Kenya bombed camps which are suspected of being a detention for al-Shabab with drones.

al-Shabab also carried out a large amount of suicidal acts, especially Mogadishu. In April, at least 29 people were killed in several concerted assaults in and around a court in the Somali capital, and in June 15 victims were killed, four of whom were foreign nationals, when the Islamist militia attacked the United Nations Development Agency’s office in the same city, a few.

At the same time, reports indicated new cracks in al-Shabaab, between a faction led by Ahmad Abdi Godane and one associated with Sheikh Hassan Dahir Aweys, among others. In June, there were reports of armed fighting around the port city of Baraawe in Puntland (which many years earlier had declared itself an autonomous region). The dividing line was to some extent between those who wanted to make use of foreign jihadists and a more nationalist branch. Later, it seemed that Aweys had fled from al-Shaaab and in July he surrendered to the Mogadishu authorities.

At a September conference, 160 religious leaders issued a fatwa, a religious injunction, against al-Shabab, saying that the militant group has no place in Islam. At the same time, the group was condemned for its use of force.

In June, clan battles erupted in the Jubaland region near Kismayu after two rival militia leaders both proclaimed themselves new president of the region. At least a dozen people were killed in the clashes. The situation was complicated by the fact that one of the men had Kenyan support and the other Ethiopian. The situation was normalized in August when Sheikh Ahmed Mohamed Islam (Madobe) signed an agreement with the government of Mogadishu, which allowed him to remain as Jubaland’s leader, though not with the title of president.

A report from the human rights organization Human Rights Watch (HRW) in March noted that rape against women, especially in the refugee camps in the capital, had become an ever greater problem. The month before, a 27-year-old woman who reported to the police that she had been raped by five men in uniform was sentenced to one year in prison for making false charges. The verdict got a lot of international attention and the woman was released after a month. A journalist who interviewed the woman was also sentenced to prison.

Relief Society Doctors Without Borders decided in August to cancel all its operations in Somalia, citing the country’s lack of security. Sixteen of the organization’s employees in the country had been killed since 1991. A young Swedish-Somali leftist, Abdirahim Hassan, was killed in August in what appeared to be a kidnapping attempt against one of his party friends, Ann-Margarethe Livh. Two people were killed and Livh was shot and taken to Nairobi for treatment. The politicians were in Mogadishu as part of an international project run by their party.

According to a report by the maritime organization International Maritime Bureau (IMB) in October, the number of acts of piracy in the waters around Somalia had decreased dramatically. In 2012, 70 incidents were reported during the first nine months of the year, in 2013 the number was down to nine. According to the IMB, this was due to several things, partly because many countries had sent naval vessels to the area and partly that it was becoming more common for merchant vessels to have armed guards on board and partly that Somalia’s new government created greater stability in the country.

In November, at least hundreds of people died in Puntland as a cyclone pulled over the area.

In the same month, Somalia, Kenya and the UN Refugee Agency signed an agreement which meant that over half a million refugees in Kenya would be helped to return to their home country. The relocation would be voluntary and the agreement was not expected to arouse any great enthusiasm among the refugees, many of whom lived in Kenya for many years.