South Africa. According to Countryaah, South Africa said goodbye to his countryman Nelson Mandela during the year. The former president passed away in December, 95 years old, after being ill for a long time. Mandela was praised in various camps for his struggle for liberation and for his emphasis on reconciliation. Political leaders from around the world came to a memorial ceremony in Johannesburg, after which Mandela was buried in his home town of Qunu in the Eastern Cape Province.

President Jacob Zuma was pressured during the year by allegations of corruption. South Africa’s anti-corruption authority investigated the government’s contentious decision to spend 215 million rand (about SEK 140 million) on security installations in Zuma’s private luxury home. The lawyer who led the investigation was exposed to threats from government officials, and when she presented her report in November, Zuma’s employees produced a court order prohibiting the publication. See petwithsupplies.com for South Africa travel guide.

The Mail & Guardian newspaper revealed the contents of the report, which showed that Zuma personally received great benefits from the state’s outlay, including. a swimming pool and an amphitheater. He was asked to repay and explain to Parliament why he violated the government’s code of ethics on two points: by not protecting the state’s assets and by deceiving the elected officials that he himself paid for everything that did not concern security. 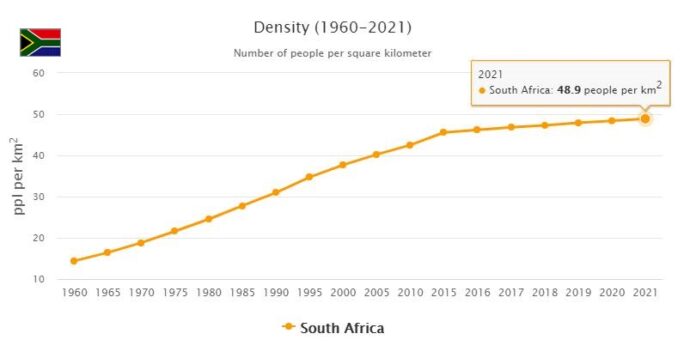 In another scandal involving Zuma, a well-off business family was allowed to use the military air base Waterkloof to fly hundreds of guests to what was called this year’s wedding in South Africa. The family had close ties to Zuma, and a suspended flight officer stated in interrogation that Zuma was personally involved in the scandal.

In October, the finance minister decided to cut government spending on alcohol and travel, as well as the alleged misuse of credit cards. The media had reported abundantly on the generous spending of ministers, and the ruling party ANC needed to improve its image before the 2014 elections.

In September, a commission of inquiry explained that the police had concealed and falsified a document and lied about incidents in connection with the police killing of 34 striking miners in Marikana the year before. The Commission, which was appointed by President Zuma, was so upset with the police’s actions that they publicly talked about “liars” and “forgers”.

The Commission’s information reinforced the image of the police as corrupt and violent. During the year, nine police officers were brought to trial for killing an arrested taxi driver by mistreating him and dragging him bound for a car. The man who was an immigrant from Mozambique had been arrested for miscarriage.

Trade union protests against low wages and poor working conditions also characterized 2013. In the Cape Province in the south, there were rebellious sentiments among farm workers, who demanded doubled wages to 150 rand (about SEK 100) a month. They also wanted to stay in the farms where they worked, which a new law had put an end to. The union also wanted the outside world to boycott wine from the area if the workers did not get better. In February, the farm workers returned from the strike since the government set their minimum wage to 105 rand.

In the mining industry, unrest was even worse, with strikes and violence between rival unions. Many workers were injured in trade unions, even deaths were required. There was conflict between the traditional, ANC-linked mining union NUM and the more radical new trade union AMCU. In this year’s wage negotiations, AMCU demanded a dramatic 150 percent increase in the starting salary from about 5,000 rand to 12,500 rand (SEK 8,000).

In September, NUM concluded a settlement for its members, which resulted in an 8 percent pay rise. AMCU, on the other hand, launched a strike since the world’s largest platinum producer Anglo American notified 3,300 miners. The negotiations between AMCU and the companies continued for the rest of the year.

South African soldiers stationed in the Central African Republic (RCA) ended up in fighting during the civil war there when rebels overthrew the government. In March, 13 South Africans were killed and many wounded. Surviving soldiers testified that they had been short of ammunition and had not received any despite repeated requests. The soldiers were in the RCA to train the country’s army.

Two former ANC politicians started new parties to challenge the ANC. Mamphela Ramphele, who held a leading position in the World Bank, launched the Agang party in June, focusing on the fight against corruption in the ANC and improved schooling. In July, Julius Malema started the Left Party Economic Freedom Fighters (EFF) with an anti-capitalist message. Malema previously led the ANC Youth League, but was excluded from the party in 2012, among other things. following allegations against President Zuma on corruption.

In April, Parliament voted in favor of the controversial “State Information Protection Act”, which provided widespread opportunities for the state to secretly stamp materials. Violations of the law could be punishable by 25 years in prison. Many feared that the law would be used to silence the press and hide corruption. But in September, President Zuma surprisingly sent the law back to Parliament, declaring that it did not meet the constitutional requirements.

In September, the government decided to open new legal proceedings regarding land lost in 1913, when a land law gave 87% of the land to white residents. The compensation processes had been down for 14 years, but now a new deadline was set for filing claims for 2018.

Gross national product (GNP, per resident and year): 5430 US$

State and form of government
Constitution of 1997
Presidential Republic (in the Commonwealth)
Parliament: National Assembly with a maximum of 400 members; National Council of Provinces with 90 members; Choice each every 5 J.
election of the head of state every 5 years by the National Assembly (second term)
Voting age 18 years