According to Countryaah, President Omar al-Bashir met his counterpart Salva Kiir Mayardit from South Sudan several times. The first meeting was in January in Ethiopia.

African Union mediators, South Africa’s former president Thabo Mbeki, announced in March that they had agreed to withdraw from disputed border areas and that South Sudan would resume oil supplies that were halted in early 2012. Both countries needed revenue. The ice rush appeared to gain further momentum in April when al-Bashir visited South Sudan for the first time since the 2011 divide. But mistrust is deep. Sudan threatened in May and June to stop the oil flow to punish South Sudan for alleged support for rebel movements such as the SPLM-North (Sudanese people’s liberation movement) in southern Sudan. South Sudan dismissed this, but slowed down oil production. 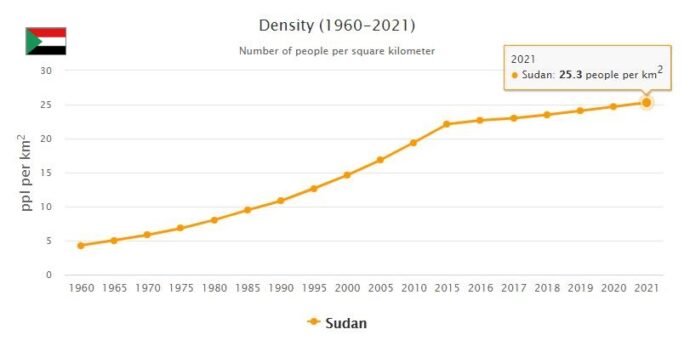 The Sudanese army continued to fight the SPLM-North and other rebel groups in the southern Kurdufan and Blue Nile regions. Aid organizations had very difficult access. The rebels and Sudan met in April during the African Union (AU) mediation in Ethiopia. The talks, the first in two years, did not lead to a breakthrough. Another unprofitable round was held in November. The contradictions also prevented the UN from conducting a polio vaccination campaign in both regions.

No breakthrough was reached regarding the status of the oil-rich border area Abyei, both of which claim. It was placed to the north before the split. The AU warned in May that the deadlock was unsustainable. The parties could not agree on the terms of a referendum. The impatience contributed to the large group of Dinka conducting an unofficial vote in October where over 99% wanted to join South Sudan. It was boycotted by Arab-speaking cattle nomads from the Misseriya people moving between the countries.

In May, the UN Security Council increased the UNISFA force by just over a thousand people to just over 5,300 during the year.

The security situation in the Darfur region in the west deteriorated. At the beginning of the year, up to 500 people were killed in fighting in an area with large gold deposits. Government forces are believed to have been involved. Struggles between rival groups and clans also demanded hundreds of dead, stated the AU and UN Joint Force, UNAMID.

At a donor meeting in April in Qatar, $ 3.6 billion was promised for development in Darfur. Nearly 300,000 people were on the run during the first five months of the year, UN Humanitarian Affairs Minister Valerie Amos said during a visit in May.

The violence also affected the UNAMID force. In July, seven Tanzanian soldiers were killed and 17 wounded. The government blamed a rebel group affiliated with SPLM-North for the act.

In newspaper interviews in March, al-Bashir said he would not run for re-election in 2015. In a televised speech in April, he announced that political prisoners would be released. However, human rights groups said that only a few were released. Protests against his board occurred during the year, among other things. June 30, on the 24th anniversary of his entry into power. Security forces intervened hard and also closed newspapers and other media.

Kravaller broke out in the capital Khartoum and other cities following the September decision to abolish fuel subsidies that, according to al-Bashir, reached a “dangerous level for the economy”. Police stations and gas stations were attacked, as was the ruling National Congress Party (NCP) office in the city of Omdurman. Security forces killed at least 200 people during the week-long riots, according to human rights groups. According to the government, some 60 were killed. At least 700 people were arrested, and foreign broadcasters’ offices were closed. Some 30 reform-minded members of the NCP criticized the violence and economic policy. Several were excluded, including a former adviser to al-Bashir. Several of the excluded later announced that they intended to form a new party. In December, al-Bashir reformed the government, the defense and foreign ministers were among the few who remained. Both vice presidents were replaced, including veteran Ali Osman Taha. He led negotiations with the South Sudanese SPLM which led to the peace agreement and the division of the country.

Severe floods hit the country in August. About 50 people died while at least 300,000 were affected, aid organizations said.