The Earth is composed of oceans and continents and each continent has dozens of countries. However, many times we get lost in the accounts and we don’t know exactly how many countries there are in the world. Do you want to meet them all? Then read on with the article.

Accounting for countries in the world is always a problem. There are several entities, such as the United Nations (UN), whose list leaves out some countries. For example, the UN does not count the Vatican, a nation-state in Italy, nor Taiwan, whose independence is not recognized by China. Greenland, for example, is left out because it is Danish territory.

In order to include the maximum number of countries recognized worldwide, we have compiled a list that can be read below.

In total, according to this list, there are 246 countries in the world. However, the United Nations ensures that the world has a total of 193. For this reason, the response continues to vary from the point of view. 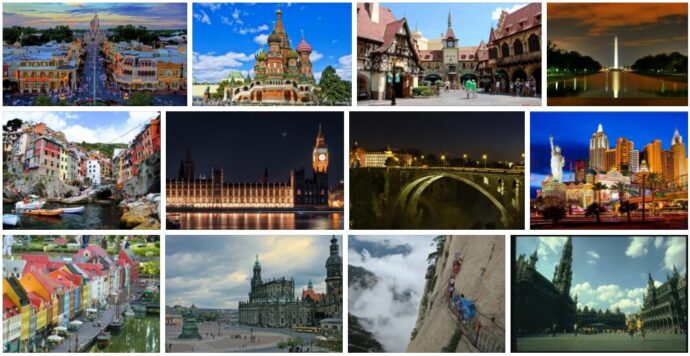 The 50 countries with the lowest oil production in the world

Learn a little more about the American continent, where Brazil is!

The American continent is a portion of land bathed by the Atlantic Ocean to the east and the Pacific Ocean to the west. These are two continental blocks to the north and south joined by an isthmus (small strip of land located between two seas).

With a population of almost 1 billion inhabitants and a territorial area of ​​42,549.00 km², America is the second largest continent (behind only Asia) and has 14.2% of the world population. In all, there are 35 independent countries and 16 colonies.

Eventually, this continent is called the “New World”, but that does not mean that it is actually younger than the other continents, as this denomination was created after the discovery by the Europeans, being, therefore, a Eurocentric vision of America.

In fact, from a geological point of view, the American continent is considered ancient, as its relief shows evidence that it has been exposed to external agents of transformation for a longer time (wind, water, rain, climate, among others).

In the eastern part of America – both in the North and in the South – there are some plateaus. They are: Guiano Plateau (northern South America), Central Brazilian Plateau, Patagonian Plateau (in Argentina), Canadian Escudos and the Appalachian Mountains (western United States).

In terms of location, America is in three different hemispheres at the same time: the North, the South and the West, being crossed by the Equator, the Tropic of Cancer and the Tropic of Capricorn, being the only continent to be to be located in all the thermal zones of the Earth.

This continent has several types of regional divisions, of which we can highlight two. One divides it into North, Central and South America, and the other divides it into Latin and Anglo-Saxon America.

The North America has only three countries: Canada, United States and Mexico.

Thus, Latin America encompasses all the countries of South and Central America together with Mexico, while Anglo-Saxon America has only the United States and Canada.

In the economic field, large levels of inequality are registered in America. The countries that are part of North America are the only developed countries on the continent, presenting most of its Gross Domestic Product. In addition, some countries such as Brazil, Mexico, Argentina and Uruguay are considered emerging nations. The rest are classified as underdeveloped.