Libya. According to Countryaah, the power of many militia groups was strengthened while the government was increasingly pushed back. Prime Minister Ali Zidan was kidnapped on October 10 from the hotel in the capital, Tripoli, where he lived for security reasons and was detained for six hours in the Interior Ministry’s premises before being released, all to the detriment of a militia group of related government. Zidan himself called the kidnapping a coup attempt and identified a couple of groups as guilty. 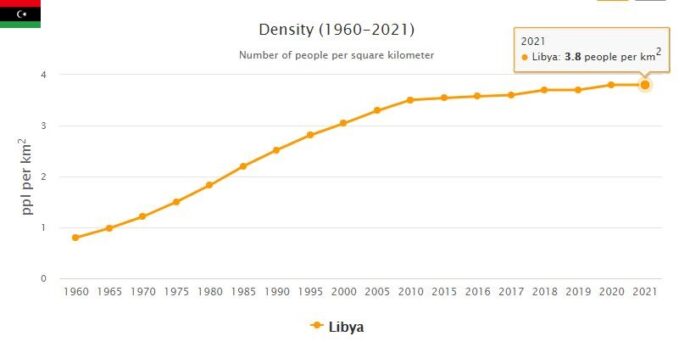 One possible background was in the fear that US commandos had carried out in Tripoli five days earlier, when they arrested al-Qaeda leader Abu Anas al-Libi (whose real name is Nazih Abdul-Hamed al-Ruqai). Zidan claimed that the United States intervened without informing him, but US sources indicated that the Libyan government was in agreement with the plan, which likely provoked some militants’ anger.

The approximately 1,700 militia groups represented a broad spectrum of armed men – jihadists, secular former rebels who took part in the revolt against former leader Muammar al-Khadaffi, young unemployed who had never fought and sentenced criminals released during the revolt. Some were paid by the government to secure certain parts of the country as the real police and military were virtually powerless.

Parliament’s work was paralyzed by contradictions between conservative Islamists and more liberal members. The country still lacked constitution, and in February Parliament voted for a Constituent Assembly to be appointed. Sixty members, 20 from each of the country’s three regions, would be elected by the people, but no such election was made during the year. The so-called Political Isolation Act, which banned former employees of al-Khadaffi’s regime from working for the country’s new authorities, was voted in May after violent pressure from some militia groups. If the law was interpreted strictly, a very large number of employees in the state administration would lose their jobs, among them e.g. Zidan who was a diplomat during al-Khadaffi. The human rights organization Human Rights Watch was critical of the law.

In the city of Benghazi on the eastern part of the country’s coast, the situation was almost lawless. Thirty people were killed in May when protesters protested against the militia group Libya’s protection brigade and demanded it be dissolved. On July 26, the well-known political activist Abdelsalam al-Mosmary was murdered in the city and the following day 1,200 prisoners were released from al-Kwafiya prison. For a few days in mid-November, the situation was equally troubled in parts of Tripoli. 43 people were killed when militants from the city of Misrata fired protesters demanding that the militia leave the capital. An elder council in Misrata then ordered the militiamen to withdraw and they obeyed the order. But other militiamen remained and many metropolitan residents continued to protest on streets and squares by eating brioches, pastries that have come to symbolize resistance.

According to a UN report in October, torture was still common in Libyan detention centers and prisons. About 8,000 people were imprisoned since the civil war in 2011. Most prisoners were held without trial by militia groups and not by any formal judicial system.

The unrest hit the oil industry. Several militia units besieged important oil wells and export ports, especially in the eastern part of the country, to exert pressure on the government. The reduced oil recovery caused fuel shortages, power outages and great concern among the population. In September, lost revenue was estimated at $ 130 million a day.

At least 300 migrants drowned on October 3 when the boat they were traveling in from Misrata capsized near the Italian island of Lampedusa. A week later, a refugee boat that just left Libya was sunk and sunk, with 33 people reported to have drowned. Who was behind the shooting was unclear. Libyan Coast Guard and Border Police often seized migrants and handed them over to militia groups who placed them in refugee camps under difficult circumstances. The EU worked with the government to tighten border control.

Archaeological finds, especially of stone implements, testify to the human presence in the area which today constitutes the state of Libya from at least 50,000 years back, probably even longer by Paleolithic hunters – from nearly 100,000 years ago. Inland (Fezzan) traces have been uncovered at least 30,000 years back, including cave paintings that are around 10,000 years old. On the coast, traces of Neolithic culture have been found dating back some 10,000 years. In the area now constituting the Sahara Desert in Libya, nomadic hunters and collectors of the area lived to dry up around the second millennium before our time (BCE). With the eclipse, they withdrew today’s Sudan, or were absorbed by the Berbers in the north.

In the Stone Age, several ethnic groups migrated into North Africa, some of supposed origins in Asia. The people of the coast gradually consisted of Berbers (the Imazighen) distributed among several tribes which were partly to be found in what was then Egypt. Around 3000 BCE there were occasional clashes between Egypt and tribes in the west, and Libyan groups sometimes entered Egypt. Here were the pre-dynastic kingdoms that originated in Libya, and around 945 BCE. Egypt was ruled by Libyan dynasties. Areas of later Libya, for their part, were influenced by Egyptian culture.

The name Libya was originally a Greek term for parts of northwestern Africa, and the Berbers were called Libyans. The origin of the name should be the name ancient Egyptians gave to the tribes west of the Nile: they were called ‘lebu’ or ‘rebu’, which was made by the Greeks to Libya. The country’s oldest history is particularly linked to these records, but few written sources mention the oldest periods, which is therefore little known.