Bhutan. During the year, Bhutan held its second parliamentary election since democracy was introduced in 2008. In April, elections were held for the upper house, the National Council. Five of the 14 eligible members were re-elected. None of them were women even though the majority of voters were women. Another five members were appointed by King Jigme Khesar Namgyal Wangchuk. Turnout was 45%, down from 2008.

In the first round of elections for the lower house, held in May, the ruling party Druk Phuensum Tshogpa (DPT) and the opposition party People’s Democratic Party (PDP) came in second place. Two new parties, Druk Nyamrup Tshogpa and Druk Chirwang Tshogpa, also stood in the election.

In the second round in July, the choice was between the two candidates who received the most votes in the first round. This time, the PDP, which took home 32 of the 47 seats in the lower house, won against the DPT which received 15 seats. One explanation for the shift in power may have been the economic crisis that many accused the DPT of. PDP is perceived as somewhat less realistic than DPT. The turnout was around 80%.

According to Countryaah, the new Prime Minister, Tshering Tobgay, who says he wants to reform the policy, refused the limousine and luxury housing that usually accrues to the Prime Minister. After the election, he expressed doubts about Bhutan’s world-renowned gross national happiness (BNL) measurement, which the former king introduced to obtain a different measure of wealth than merely the economic successes measured in GDP. Tobgay said in an interview with foreign media that BNL risks taking focus from the government’s responsibility to address Bhutan’s problems, such as poverty, corruption, unemployment, budget deficits and growing government debt. 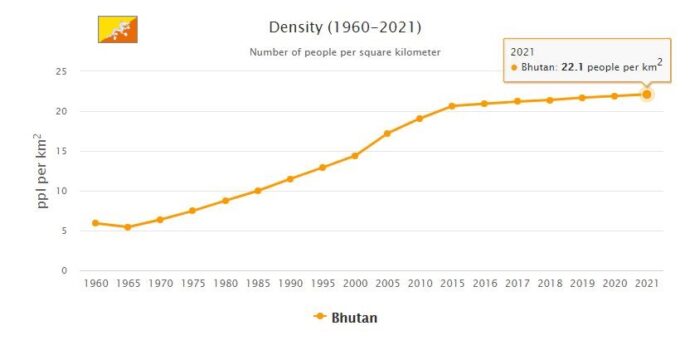