Even if traditional ways of life are becoming less important in modern Kosovo, Kosovar society continues to be strongly influenced by such traditional forms. In this context, for. B. to name the specific understanding of marriage, family, kinship, gender, center – periphery or right. The thesis must be put forward that alongside modern (Western) social relationship patterns, traditionally influenced structures exist – at least partially – and exert an influence on society. This separation is to be seen less in a dichotomization of ideal-typical values than in a blending of traditional and modern values. However, geographically divergent patterns manifest themselves, in the sense of a distinction between urban-rural, center-periphery or highland plain.

For historical reasons, there was a distance in Kosovar society (which is historically difficult to identify, but should be used here as a term for reasons of simplification) compared to state structures. As a rule, state authorities were perceived as alien or as the other. This lack of domination led to the development of extensive processes of community building, which is expressed, among other things, in the development of tribes, clans, sponsorships and blood relationships. In the Albanian mountains in particular, the order was based on an orally handed down customary law. These so-called Kanune varied regionally, the most famous of these legal systems being the KanunLekë Dukagjini, which has its origins in the mountain region in northern Albania. The basic social unit on which the Kanun is based is the extended family under the leadership of the male family elder (seniority principle). The Kanun is a comprehensive set of rules and deals with wide areas of social coexistence such as church, marriage, inheritance, guilt, commercial and criminal law. Central to this understanding of law is the concept of honor, which is expressed, among other things, in the meaning of blood revenge, but also in the comprehensive right of hospitality. The role of women in the Kanun is subordinate and characterizes the marginal position of women in traditional Albanian (highland) society. The blood revenge, which is partly an expression of decades-old conflicts, was a widespread phenomenon in Albania and Kosovo until the 1980’s. In 1990, under the leadership of Anton Çetta, a professor of ethnology, around 100,000 people from Kosovo, Albania, Macedonia and Montenegro took part in a major family reconciliation, in which around 2,000 cases of blood revenge were reconciled. Though losing importance the Kanun still plays an important role in legal interpretation in remote regions. After the collapse of the state order in Albania in 1997 there was a renaissance of blood revenge, but not according to the rules of the Kanun. Traditionally, women and children were protected from blood revenge, today these groups of people are also protected by the persecution affected. When assessing criminal acts or forms of organized crime (in the diaspora), aspects of customary law currently play a role.

According to statistical surveys, around 1.8 million people currently live in Kosovo. The majority of the population are ethnic Albanians (approx. 92%), the largest minority are ethnic Serbs (approx. 4%). Ethnic minorities recognized by the constitution include Serbs, Roma, Ashkali, Egyptians, Turks, Bosniaks and Gorani.

Due to the multi-ethnic character of the independent state of Kosovo, which has its origin in the Ahtisaari peace plan, Serbs are on the one hand as a separate group, and the rest of the minorities are endowed with special protective rights, a form of positive discrimination, for example in the 10 reserved seats in parliament as well Ministerial post in the government.

The participation of ethnic minorities, ie in particular the non-Serb minorities, in society is inadequately secured and is not adequately promoted in spite of the fundamental rights. In particular, the so-called RAE minorities (Roma, Ashkali, Egyptians) are socially strongly marginalized. The exclusion on the labor markets is evident. RAE minorities are disproportionately affected by poverty. The use of educational and health services by minorities is also below average, with the exception of the Serbian minority. The problems outlined are exacerbated by the fact that thousands of members of Kosovar minorities seeking asylum in Western Europe have been deported to Kosovo in recent years. The location against the background of the difficult overall socio-economic situation in Kosovo and its lack of integration, this group of people can simply be described as catastrophic. Children and young people are particularly affected by this, among other things because they do not speak any of the official languages spoken in Kosovo. A UNICEF study on deported RAE children comes to the conclusion that 75% of school-age children deported from Germany to Kosovo do not attend school, that many families on the edge of society live in extreme poverty and that the announced measures for reintegration reach the recipients only sporadically.

According to SHOPPINGPICKS, there are two main dialects in the Albanian language, Tusk and Gheg. To put it simply, the language border between the two dialects runs through the middle of Albania. Understanding between Tuscan and Gegisch-speaking Albanians can certainly pose problems, as there are considerable differences between the two dialects. Since 1972, by order of Enver Hoxhas, who spoke Tuscan himself, the Albanian Tuscan standard written language and is also used in Kosovo. However, the Gegic dialect is spoken there. The speakers of the Gegic dialect are referred to as Gegen, those of the Tuscan as Tosken.

The Serbian language is mostly written in Cyrillic script.

During the times of socialist Yugoslavia, Kosovar Albanians also learned Serbian at school, and Kosovar Serbs also learned Albanian. This is no longer the case today, so that it is predominantly the older generation and Albanians, and to a lesser extent Serbs, who speak the other language. Language studies at Kosovar universities have been ethnically segregated since the end of the war, ie Serbian can only be studied at the University of North Mitrovica, Albanian only at universities in the rest of the country. 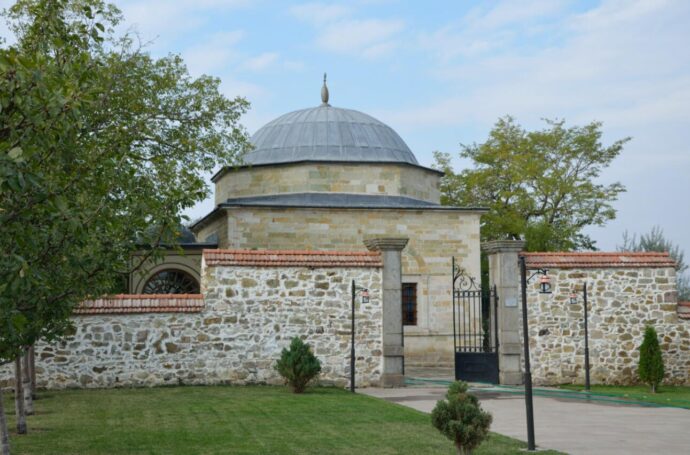