Yemen. According to Countryaah, a national dialogue conference started on March 18 in the capital Sana and continued for the rest of the year. The conference gathered under President Abd Rabbuh Mansur al-Hadi’s presidency 565 delegates from widely differing groups – the General People’s Congress (GPC), the Harak movement demanding self-government for southern Yemen, the Islamist al-Islah party, the Yemen’s socialist party and the Shi’ite Muslim al-Shuth northern Yemen. 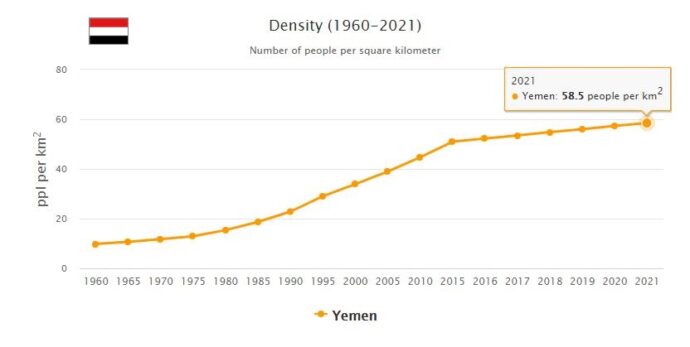 The agenda was ambitious and included, among other things. to set up a committee with the task of writing a new constitution; to try to solve all regional problems; to establish democracy by reforming the administration, the justice system and local politics, and by strengthening the protection of vulnerable groups and women. 60,000 soldiers protected the delegates, but three aides to an al-Huthi legate were still shot dead on March 23. See clothesbliss.com for Yemen population history and economy.

The fighting in various parts of the country continued. The al-Qaeda jihadist movement in the Arabian Peninsula (AQAP) killed several hundred government soldiers in various attacks during the year. September 20 when at least 40 soldiers perished in several terrorist acts in the Shabu Province. AQAP also assumed responsibility for an attack on the Ministry of Defense in Sana on December 5 when 52 people were killed, among them several from the health care staff at a military hospital in the department area. The motive was said to be that American unmanned drone aircraft had been steered from control rooms in the department. The drone plane, backed by Saudi combat aircraft and Yemeni government forces, carried out a number of attacks on targets that were said to belong to AQAP during the year. Human rights organization Human Rights Watch reported that of six US drone attacks that it studied, two had killed civilians,

The United States, the United Kingdom and several other Western countries temporarily closed their embassies in Sana on August 2, after the US government issued a security alert, judging by threats from al-Qaeda. The US also closed some 20 embassies in other countries.

According to reports, there were approximately 2 million migrants in Yemen, most of them from eastern Africa and with a view to Saudi Arabia. In November, tens of thousands of migrants were forced into the area.

The Huthi rebels and the Yemeni government have agreed on a prisoner exchange which, if carried out, will be the most extensive since the civil war began in 2014. More than 1,000 prisoners of war are covered by the agreement, which was concluded with the help of UN mediation in Switzerland. Also 15 captured Saudis have a chance to regain their freedom. In 2018, when the parties negotiated in Sweden, it was stated that they had agreed on, among other things, prisoner exchange, but the agreement has only been partially implemented (see 19 December 2019).

More than 20 deaths have been reported following clashes between government forces and Huthi rebels in al-Jawf province on the Saudi border. A source in the government army also says that 40 rebels have been captured. Earlier this year, the Huthis took control of the provincial capital al-Hazm, which could also threaten oil production in nearby Marib (see March 1).

Separatists drop out of cooperation

The Southern Transitional Council is abandoning negotiations with the government to resume cooperation in accordance with the so-called Riyadh Agreement (see July 29). In a statement, the separatists refer, among other things, to the fact that an agreed ceasefire has not been respected. But they also complain about missing wages and poor community service to the population in the south.

al-Qaeda in the Arabian Peninsula (Aqap for short) assassinates a dentist accused of spying for the Yemeni government and providing information to the United States about where jihadist targets can be found with remote-controlled drones. They shoot the dentist and crucify him outside his clinic in al-Bayda province in central Yemen. Aqap is said to be in the area after being pushed away from places in the east and south.

Almost a month of recurring rain has led to dire consequences. More than 130 people have lost their lives and 160,000 have been forced to leave their homes, according to the rebel movement that controls the capital and areas in the north. Among more than 250 buildings damaged in Sanaa are a handful of the famous “gingerbread houses” that are classified as a World Heritage Site by Unesco. The city of Shibam, 50 km from Sanaa, whose old town is also a World Heritage Site, has also been damaged.